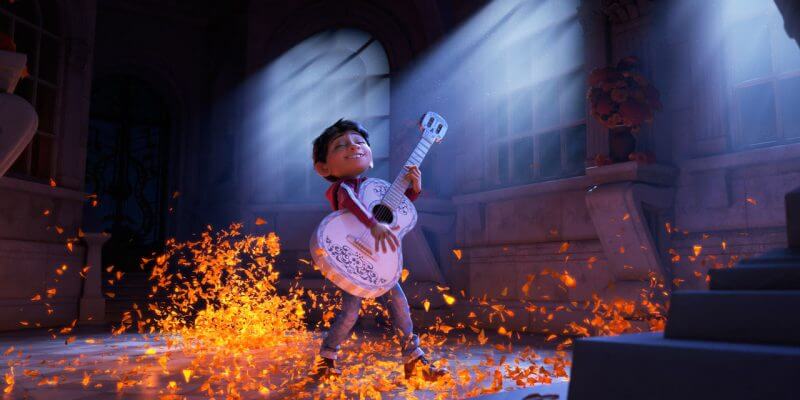 Disney-Pixar’s “Coco” is here and let’s just say they’ve done it again. The premiere animation studio has created another hit that makes us feel things that we didn’t think we could feel.

“Coco” will make audiences laugh and smile, sit on the edge of their seats and of course, shed a tear or two. Pixar has become known for creating emotional scenes that leave no dry eyes in the room.

If I could share one personal experience to explain just how powerful some of Pixar’s scenes are, it would be from “The Music of Pixar Live” show at Disney’s Hollywood Studios. All it took was the familiar songs from those emotional scenes to bring people to tears, with no context at all. In fact, between the notes of the music, all you could hear in the audience was sniffles throughout the crowd.

If just the music from these lovable animated films can have that kind of impact, imagine what the movies themselves can do. Here are 5 times Pixar made us weep like children:

This may not be the most popular movie in the Pixar library, but it certainly had some powerfully emotional scenes. This one for example, features Arlo explaining the concept of ‘Family’ to Spot. Arlo learns that Spot not only understands what family is but also that he has lost his, which leads to Arlo explaining that he also lost his Poppa.

Like I said, they’ve done it again. If you’re heading to the movie theater this Thanksgiving be ready to shed a few tears. “Coco” is not only about music and the Mexican tradition of Dia de los Muertos, but also about death and remembering our loved ones who have passed. Without spoiling the movie, I will say those themes lead to an emotional ending. Get your fill of “Remember Me” now because it won’t be the same after you see the movie.

One of Pixar’s true masterpieces, “Inside Out” is an emotionally-driven movie, literally. Though filled with silly comedy, this film really dives into themes of psychological health and emotional well-being (Ever notice how Joy is in charge for Riley, but Sadness and Anger are in charge for her parents? Yeah, this movie is deep). In this scene, Riley’s imaginary friend sacrifices himself so Riley can be happy again. “Take her to the moon for me.” Anyone have a tissue?

Remember that “The Music of Pixar Live” show I mentioned above? This was the music that instantly put everyone in tears, and with good reason. The thing about this scene from “Up” was how much it caught everyone off guard in the first minutes of the film. We were accustomed to big emotional finishes that left everyone in tears. No one expected to be crying right from the start. The story of Carl and Ellie’s relationship through time is as emotional as it gets.

We all went into this movie fully expecting an incredibly sad ending and guess what, they got us anyway. This one is the toughest because of the context that goes along with it. We’ve all had to grow up at one point or another, leaving something from our childhood behind. “Toy Story” is a movie my generation grew up with. Watching Andy give his toys away felt like we were releasing another part of our childhood. That final “So long partner” from Woody was the the final nail in the coffin. Waterworks.

What Disney-Pixar scene made you cry the most? Did I leave any off the list? Let us know in the comments below!

Comments Off on Don’t let it make you cry: 5 times Pixar made us weep like children