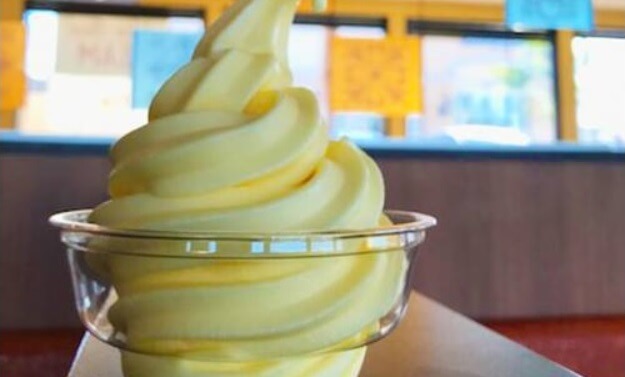 Since its creation in 1986, Dole’s pineapple soft-serve Dole Whip frozen dessert has been a treasured delicacy among Disney resort guests and visitors to the Dole Plantation in Hawaii. And now it seems as though Dole Whip may be on the verge of becoming more widely available.

This week on its official Facebook page, the El Pollo Loco fast food restaurant in Orange, California (just five miles from Disneyland) announced that it is testing Dole Whip at its East Katella Avenue locaton, playfully noting there’s “no need to fly to Hawaii or stand in line at your favorite amusement park for this delicious pineapple treat.” In the past, official Dole Pineapple Soft Serve has been spotted at the California-based Menchie’s Frozen Yogurt and Oklahoma-based Orange Leaf Frozen Yogurt establishments, but to our knowledge neither of them used the brand name Dole Whip as El Pollo Loco does in the above post.

While it isn’t quite clear how long the Dole Whip test will go on at this El Pollo Loco, some fans of the frozen treat will be thrilled to have it become more accessible. On the other hand, Disneyland and Walt Disney World devotees may lament the loss of Dole Whip’s exclusivity in the parks and resorts. Either way, its clear Dole Whip remains a highly sought-after pineapple dessert.

Thanks to Kyle Peek for the news tip.