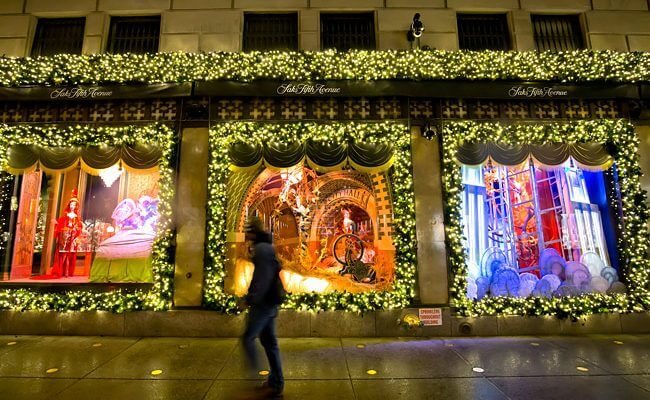 Saks Fifth Avenue is known for their spectacular holiday window displays and this year the store has teamed up with Disney for the first time to create beautiful displays based on “Snow White and the Seven Dwarfs,” to celebrate the film’s 80th anniversary.

Sofia Carson, star of Disney’s “Descendants”, will perform live at the unveiling event accompanied by a 40-person choir and appearances by Snow White, Snow Prince, and the seven dwarfs. The fantastical new show, entitled “Once Upon a Holiday,” will include the unveiling of 14 animated holiday window displays, marking the first time Saks will animate all of the windows along Fifth Avenue in its 94-year history.

Each of the 14 windows will depict a different scene from “Snow White and the Seven Dwarfs,” including Snow White dancing among woodland creatures, the seven dwarfs “heigh-ho!”-ing home from a day’s work in the diamond caves, and the Wicked Queen’s mischievous trickery with the infamous red apple. Also new to the windows this year is a 3D layering technique which incorporates original artwork from the film into the backdrops for each display. A collection of  Disney-inspired fashion, accessories and giftable items created by premier designers are coming to Saks for the holiday season as well. A mirror-on-the-wall embellished alice + olivia sweatshirt, Knowlita Happy, Grumpy, and Sleepy kids’ bodysuits, and a ruby red, crystalized Judith Leiber Couture apple clutch are just a few of the items found in the collection. A limited-edition, hand-crafted Snow White collectible doll is also part of the collection and will be sold exclusively at select Saks Fifth Avenue locations and online.

The debut of the new windows will take place on November 20 at 6:45 PM and will be live-streamed on Saks.com. The window animation and light show will continue throughout the holiday season until Jan. 2, 2018.