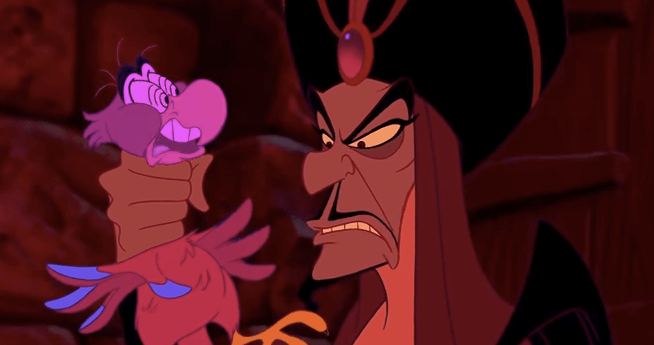 We all know that a Disney movie can only be as good as its villain, and they’ve created some great ones over the years. One of the best and most memorable villains is Aladdin’s rival Jafar.

Disney’s “Aladdin” celebrated its 25th anniversary last week and Oh My Disney’s Alexys Gabrielle sat down with Jonathan Freeman, the voice of the sinister villain, to watch the animated classic and discuss some of the work that went into creating it.

Garbielle and Freeman discuss the inspiration for Jafar’s laugh and voice, the original plans for Genie to be green rather than blue, and how he was originally the voice of Iago as well.

Freeman also stars as the villainous Jafar in the Broadway production of Disney’s “Aladdin.”

Comments Off on Aladdin actor reveals the original color of Genie, inspiration for sinister laugh