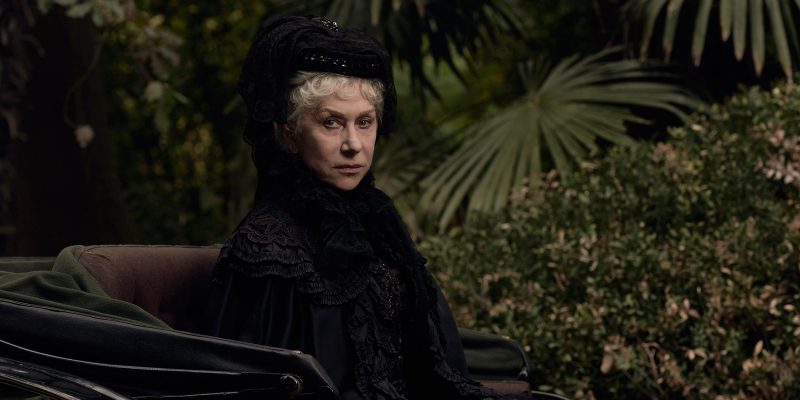 One of the most famous haunted attractions in America is getting its own movie, and it’s boasting Oscar-winner Helen Mirren (“The Queen,” “Monsters University”) in the starring role.

The Winchester Mystery House is a Northern California enigma– a popular tourist destination that once served as the sprawling mansion of Sarah Winchester, heir to the Winchester Repeating Arms Company. Since her death nearly a century ago, the home has become a site of interest for anyone fascinated by wealth and the occult. Legend has it that hundreds of ghosts roam the halls, representing victims of the Winchester rifles Sarah’s husband peddled in the 1800s.

Now, the Winchester Mystery House is a featured player (both in spirit and as a location itself) in the new movie “Winchester: The House That Ghosts Built,” which stars Mirren as the dearly departed Mrs. Winchester.

The movie is being directed by the sibling team of Michael and Peter Spierig, who previously helmed “Predestination” starring Ethan Hawke and the latest “Saw” movie entitled “Jigsaw,” which will be released this Friday.

“Winchester: The House That Ghosts Built” also stars Jason Clarke (“Zero Dark Thirty”) and is set to scare its way into theaters on February 2nd, 2018. Comments Off on VIDEO – “Winchester: The House That Ghosts Built” trailer brings Helen Mirren to the world’s most haunted mansion