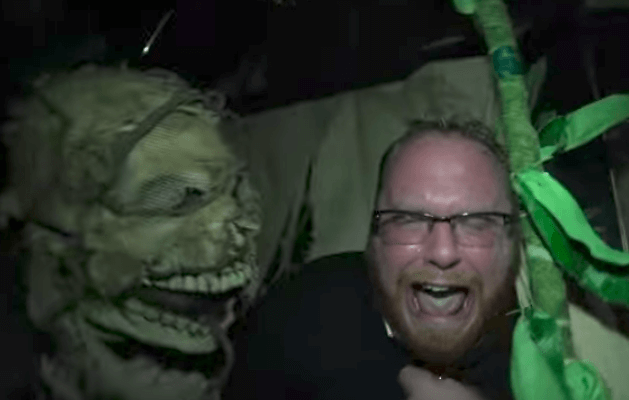 Halloween Horror Nights is in full swing at Universal Orlando as we draw closer and closer to Halloween. An impressive lineup of shows, scarezones and houses has brought people to the event by the thousands. Word has gotten out though that one house stands above the rest in terms of intense scares. That house is “Scarecrow: The Reaping.”

Two brave souls were invited to Halloween Horror Nights to take on the terrifying house. Their reactions were nothing short of hilarious.

WATCH – DANIEL VS SCARECROW: THE REAPING:

Halloween Horror Nights offers an ominous description of “Scarecrow: The Reaping.” “At a long-abandoned Depression-era farm, vengeance takes root, and the only harvest that will be reaped is you.”

Halloween Horror Nights runs through November 4. For tickets and more information, head over to the event’s website.