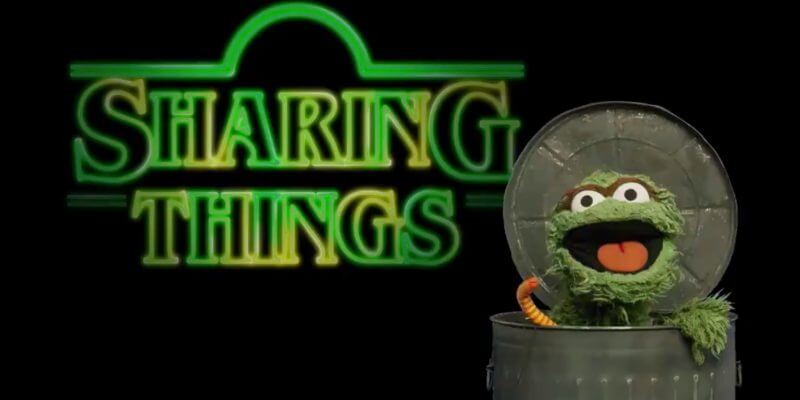 In recent years the legendary children’s TV show “Sesame Street” has become known for its clever puppet-driven pop-culture parodies of otherwise adult-minded media like “Mad Men” and “Game of Thrones.” And now the nearly fifty-year-old educational program is tackling the Netflix phenomenon “Stranger Things,” with its version “Sharing Things.”

The Upside Down is coming to Sesame Street. #StrangerThings pic.twitter.com/eCoiyUgh24

In the preview clip above, Oscar the Grouch introduces a trailer for an upcoming “Sesame Street” sketch in which Grover and Ernie (as Lucas and Dustin from “Stranger Things,” both dressed as Ghostbusters of course) set out on Halloween night for an evening of mysterious adventures.

The full “Sharing Things” segment will air during the “Sesame Street” episode scheduled for this Thanksgiving on its current network HBO.