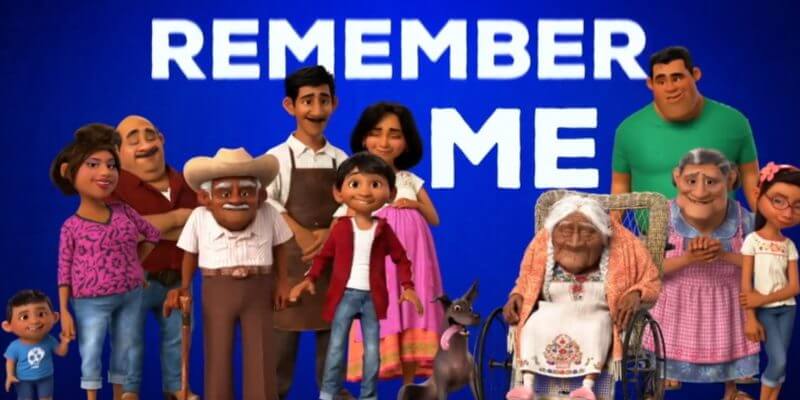 Disney-Pixar’s latest animated feature “Coco” will feature plenty of original music, but the centerpiece of the soundtrack is sure to be the ballad “Remember Me,” as performed in the movie by Benjamin Bratt as the fictional Mexican crooner Ernesto de la Cruz.

The instantly-memorable song, penned by award-winning “Frozen” songwriters Robert Lopez and Kristen Anderson-Lopez, has also been recorded in a contemporary pop format, sung by Hispanic-heritage artists Miguel and Natalia Lafourcade. Today Pixar released a lyric video to go along with the single’s debut.

Disney-Pixar’s “Coco” will be released into American theaters on Wednesday, November 22nd, but the film’s soundtrack will be available for purchase starting Friday, November 10th.