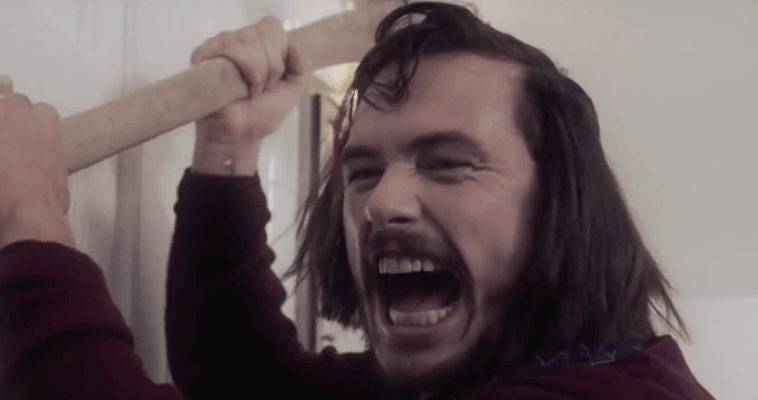 Heeeeeeere’s Jimmy! Actor James Franco stepped into the world of Halloween Horror Nights and became the iconic Jack Nicholson character Jack Torrance for one night in Universal Studios Hollywood’s haunted attraction based on “The Shining.”

Franco, and his “The Deuce” costar Chris Bauer, put on masks and picked up axes to terrify guests of the Overlook Hotel at the annual eerie event. They were helped along the way by Horror Nights creative director (and frequent ITM interview subject) John Murdy.

If nothing else, at least this video proves that Franco and Bauer can certainly hack it as scareactors.

Franco has reenacted “The Shining” in the past, as part of AOL’s “Making a Scene” series.

Halloween Horror Nights runs through November 4 at both Universal Studios Hollywood and Universal Orlando. For tickets and more information, be sure to visit the event’s official website.

Comments Off on VIDEO: James Franco suits up to scare guests in “The Shining” maze at Universal Studios Halloween Horror Nights