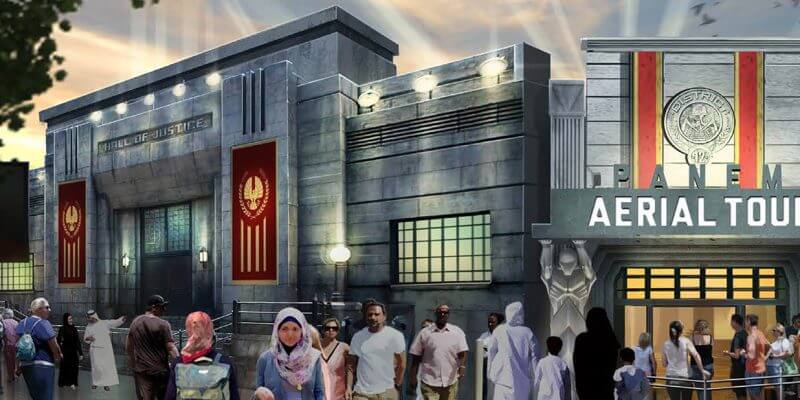 May the odds be ever in your favor, because “The Hunger Games” is returning in a big way. The Hollywood-inspired theme park Motiongate Dubai in the United Arab Emirates is set to open its new Lionsgate area, which features two rides based on the smash-hit Jennifer Lawrence film series based on the popular young adult novels of the same name.

Today video surfaced giving fans a behind-the-scenes glimpse of one of the “Hunger Games” rides in action– this one’s called the Panem Aerial Tour and apparently functions as a motion simulator, though it does also move along a track. Perhaps riders will experience some physical sets before sliding into action in front of the huge screen.


Another video starring Stanley Tucci (who played the flamboyantly-dressed TV announcer Caesar Flickerman in “The Hunger Games” movies) introduces the second ride– called Capitol Bullet Train– which is essentially a roller coaster. It’s not clear how such an attraction would replicate the relatively smooth journey from the districts to the big city in the world of Panem, but it’s sure to be an exciting ride regardless.


More behind-the-scenes images (and a look at the impressive facades in the “Hunger Games” / Lionsgate area) have been posted to the Garmendale UK theme park blog. The official opening date for the attractions is this Friday, October 20th at Motiongate Dubai.