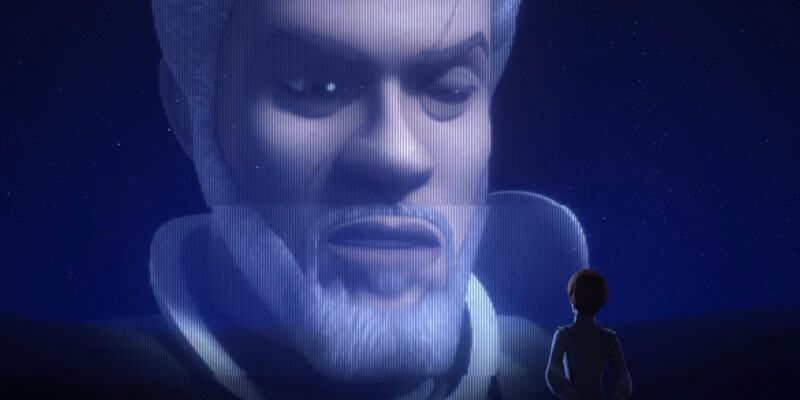 Rebel extremist Saw Gerrera made his debut five years ago in the “Star Wars: Clone Wars” animated series, then popped up again in 2016’s “Rogue One: A Star Wars Story,” this time played by acclaimed actor Forest Whitaker (“Arrival,” “Platoon”). Now the character has found a recurring role back on television, with Whitaker reprising his part on “Star Wars Rebels.”

Gerrera was featured in a two-part episode “Ghosts of Geonosis” on the show last season, and will resurface (voiced by Whitaker once again, of course) this weekend in another double-header entitled “In the Name of the Rebellion.”

WATCH “IN THE NAME OF THE REBELLION” PREVIEW CLIP:

It’s always nice to see this kind of crossover synergy beween the Star Wars feature-film mothership and the ancillary materials on TV and in print. It shows that the powers that be at Lucasfilm are paying attention, and that key characters are not forgotten or dismissed.

“Star Wars Rebels” takes place a few years before “Rogue One” and the original “Star Wars” movie “Episode IV: A New Hope.” The two-part episode “In the Name of the Rebellion” airs this Monday, October 23rd on Disney XD.