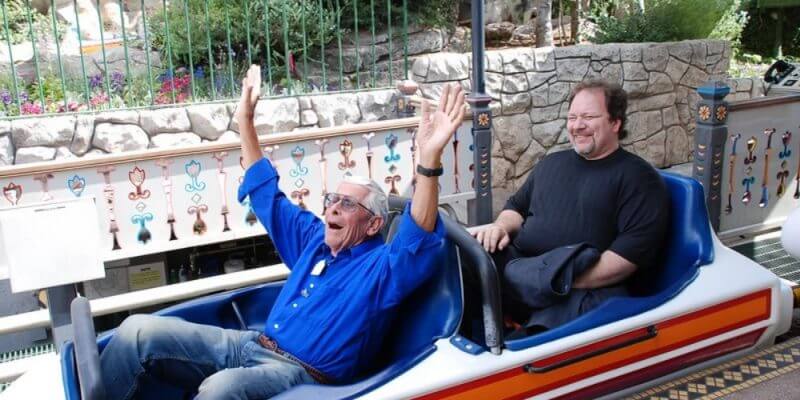 The creation of attractions for Disney theme parks is a subject of great interest to fans all around the globe, and it’s always a treat to hear stories about the inner working of Walt Disney Imagineering (originally called WED Enterprises) straight from the horses’ mouths.

Yesterday at Stan Lee’s Los Angeles Comic-Con 2017 in Downtown L.A., Disney Legend Bob Gurr and animatronics pioneer Garner Holt took the stage for a panel called “From Doom Buggies to Dragons: Disney Imagineering.” The two discussed how and why they each devoted their lives to the themed entertainment industry, and what it takes to bring Disney theme parks to life.


Bob Gurr began his career with Disney designing the Autopia ride vehicles at Disneyland, and worked as the self-named Director of Special Vehicle Development throughout the early years of the park. Other iconic attractions he contributed to for WED Enterprises were The Haunted Mansion, the Disneyland Monorail, Submarine Voyage, and the Matterhorn Bobsleds.