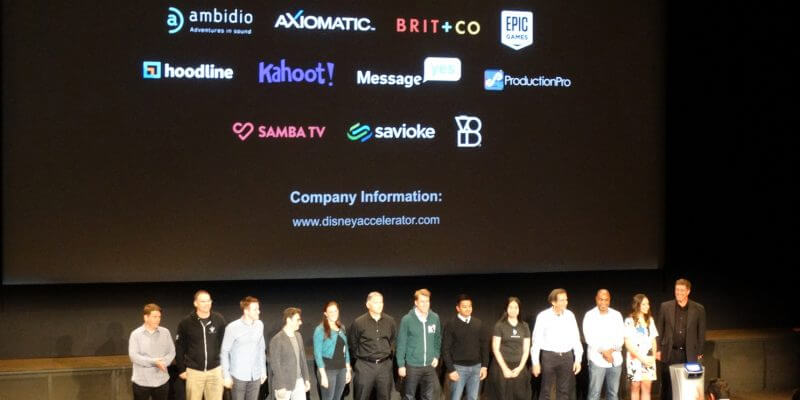 A big part of the future of entertainment technology is in the hands of the Walt Disney Company. The conglomerate controls a vast portion of the media landscape, and as that landscape grows and evolves, Disney must grow with it. That’s why the Disney Accelerator program is the perfect outlet for Disney to invest in new and upcoming technological firms specializing in the world of entertainment.

For the fourth year running, Disney Accelerator has chosen a list of notable tech firms whose work will shape the way we consume media, education, and other activities for years to come. These companies will gain support from Disney– both creatively and financially– as they continue to develop their specialty products, apps, services, and hardware. Some of them are even looking forward to seeing their output utilized in Disney theme parks and resort hotels.

The most prominent beneficiary of the Disney Accelerator program is the mixed media and virtual reality company THE VOID, whose “Star Wars: Secrets of the Empire” attraction is set to open this winter at Disneyland Resort and Walt Disney World.


Another company whose work is likely to pop up in Disney Parks and Resorts in the near future is Savioke, whose Relay service and delivery robot would fit in perfectly (after some superficial upgrades) with some of Walt Disney Imagineering’s already-announced upcoming projects.


Those are just three out of the eleven companies revealed to be working under the Disney Accelerator umbrella this year. For the full presentation including all of 2017’s other beneficiaries (Ambidio, aXiomatic, Brit + Co, Hoodline, Kahoot!, ProductionPro, ReplyYes, and Samba TV) see the full video below.


For more information on Disney Accelerator, be sure to visit the program’s official website.