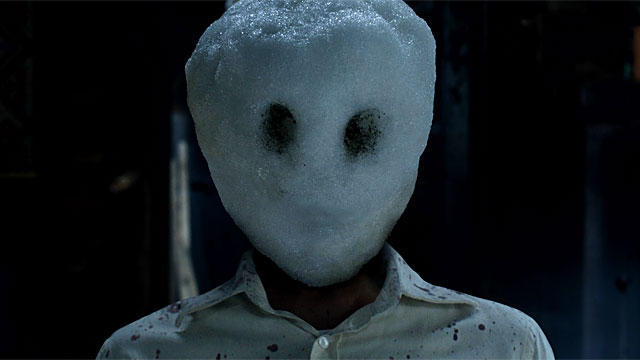 Is there anything better than a good thriller? A mystery keeps you on the edge of your seat with every twist and turn that the hero follows. You think you have the answers, but you never really do. And then when you finally think you know what’s happening, one last twist flips the whole thing on its head.

Films like “Se7en” and “Zodiac” have been some of my favorites because they do all of that and then some. The suspense builds in those films in a way that pulls you in and really makes you feel like a part of the story. Unfortunately, “The Snowman” misses out on that magic. To explain the plot without any spoilers, a killer is targeting women and challenging a past-his-prime detective, all the while leaving snowmen behind as his calling card. Detective Harry Hole, played by Michael Fassbender, tries to follow the patterns to catch the killer before he claims another victim.

All of that sounds great, but for one reason or another, it just doesn’t quite deliver.

The trouble begins right from the start, with a slightly confusing opening scene that provides back story on the killer, long before we ever see him claim a victim. The strange sequence of events that ensues shows that the child is clearly going to have some issues in the future. After stepping back in time, we rejoin the present where we meet Hole for the first time. It’s clear he has some issues of his own, as is typically the case with the protagonist in films like this. He receives a letter from the killer and throughout the course of the movie becomes more and more involved with the case. His relationship with the killer is a strange one though.

There’s not nearly enough interaction between the two. One letter gets the ball rolling but that’s pretty much it. Hole never really outright acknowledges the frozen trademark of the killer. The trailers for the film would lead you to believe the killer is mocking Hole at every turn. This, unfortunately, is not the case. Images of additional letters from the killer seen in the trailer, for some reason didn’t make it to the actual movie. Another element missing from this film is short-term suspense. Those tense scenes where a victim is alone and being stalked by the killer are what really create the horror in films like this. In this movie though, those scenes are constantly broken up by cut aways to other characters in a different location or flashbacks to provide more backstory. It kills the momentum and any suspense that would have scared the audience.

Speaking of those flashbacks, they introduce us to Val Kilmer’s character Detective Rafto. It’s hard to explain what exactly happens here, but something is off about his character. His dialogue almost seems to be voiceover as the audio doesn’t quite match up.

These flashbacks also lead to a bit of a side story, which creates a bit of a stronger relationship between the audience and one character, but it takes away from the story that’s unfolding in the present. In the end, this movie is really missing that “wow” moment. There are no wild twists and the killer’s identity slowly becomes more and more predictable. It goes less for surprising story and more for shocking gore, and even that is more on the tame side.

It’s not all bad though as the film does have a fantastic cast. Michael Fassbender is great as always and Rebecca Ferguson and J.K. Simmons play their supporting roles very well. It’s clear they were fully invested in this film, it was just missing something in the storytelling.

“The Snowman” isn’t exactly the most fun you’re going to have in a movie theater this year. If you’re looking for a dark, slow-moving story involving some gruesome murders and the slightest bit of mystery, this is for you. It definitely seems like it has all the makings of a good movie, it’s just missing something.

Comments Off on REVIEW: “The Snowman” provides some chills but mostly leaves audiences out in the cold