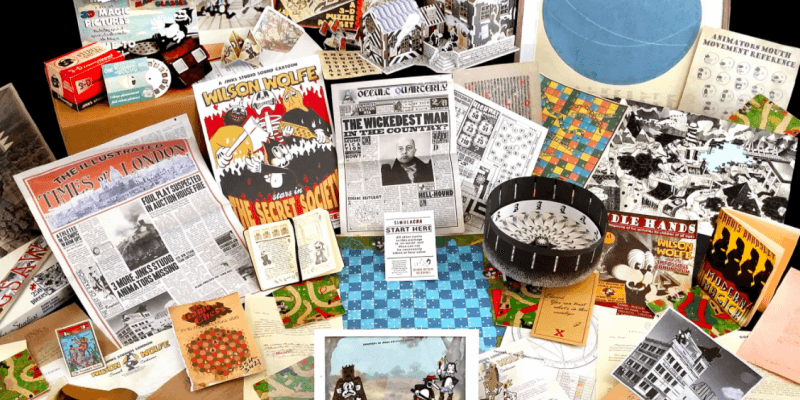 In recent years, escape rooms have exploded in popularity around the world, getting people excited about finding clues and solving puzzles to achieve their goal. Simulacra Games has taken notice and is planning to bring those puzzles right to your home.

No, they won’t be installing an escape room in your house. Instead, they will ship you a box filled with everything you need to crack a conspiracy which covers the globe. Their first game, titled “The Wilson Wolfe Affair,” will feature a box full of what looks like memorabilia from the early days of animation, including:

You will soon realize that this seemingly random collection of goodies is not what it seems though. It’s all connected and it all tells a story. It’s up to you to figure this story out.

You will have to use old-fashioned detective work to find clues and research information online in order to solve these puzzles and progress through the story.

Simulacra Games has also assembled a trail of puzzles in the form of a series of videos leading up to their first game.

Simulacra Games has not yet announced a release date for their first game. However, you can sign up to receive information via email at SimulacraGames.com.

Comments Off on Simulacra Games delivers a compelling mystery by mail, uncovering a conspiracy in the world of classic animation