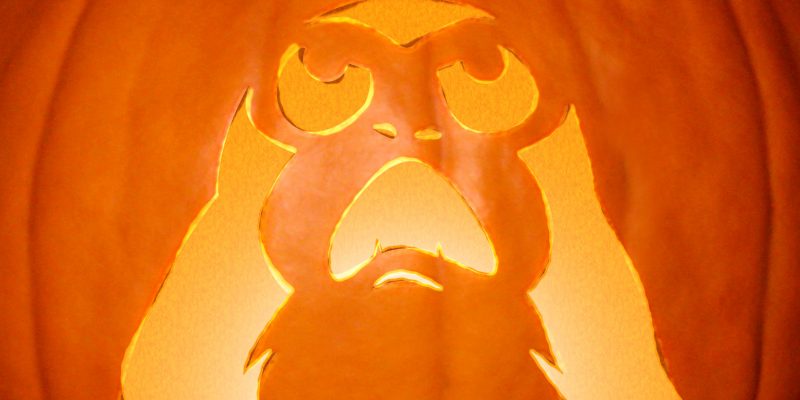 It’s another big year for “Star Wars,” with the highly-anticipated Episode VIII “Star Wars: The Last Jedi” hitting theaters in less than two months. That means lots of fans dressing up as their favorite Star Wars characters for Halloween, and on people’s doorsteps there will be plenty of Jack-o’-Lantern designs inspired by a Galaxy Far, Far Away.

Fortunately for those of us who are less adept with our pumpkin carving skills, the official website StarWars.com has released a number of Jack-‘o-Lantern stencils represented characters and vehicles from “The Last Jedi” and other popular Star Wars installments. There are four different variations on the new Porg creatures, plus depictions of Kylo Ren, Chewbacca, BB-8, an X-Wing, and a TIE Fighter. From the original trilogy there’s Darth Vader and an Imperial Stormtrooper. Plus we’ve got Grand Admiral Thrawn from “Star Wars Rebels” and for fans of the “Star Wars” prequels, Darth Maul. Use these fantastic stencils to carve your own “Star Wars”-inspired Jack-o’-Lantern, or create your own pattern. And May the Force Be with You this Halloween.