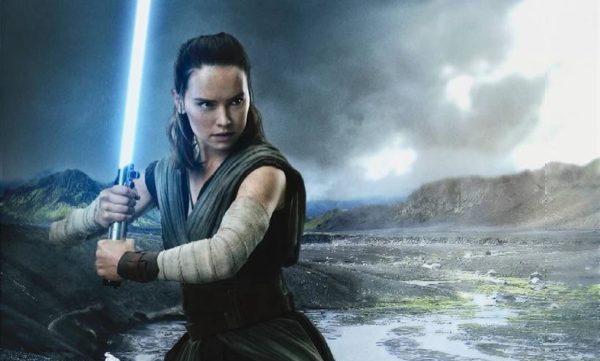 As we inch a little closer to the theatrical debut of Star Wars: The Last Jedi, Lucasfilm announced the premiere of a new trailer on Monday, October 9, during halftime of ESPN’s “Monday Night Football.”

The game between the Minnesota Vikings and the Chicago Bears begins at 5:15 PM PT/8:15 PM ET.

Following the trailer launch, tickets for the highly-anticipated “Star Wars: The Last Jedi” go on sale at all ticket outlets. The film arrives in theaters on December 15. In “Star Wars: The Last Jedi,” the Skywalker saga continues as the heroes of “The Force Awakens” join the galactic legends in an epic adventure that unlocks age-old mysteries of the Force and shocking revelations of the past.

Check back later tonight to see the new trailer and find a ticket link, so you don’t miss a moment of fun on the film’s opening weekend.

Comments Off on New “Star Wars: The Last Jedi” trailer, ticket on sale announced for tonight