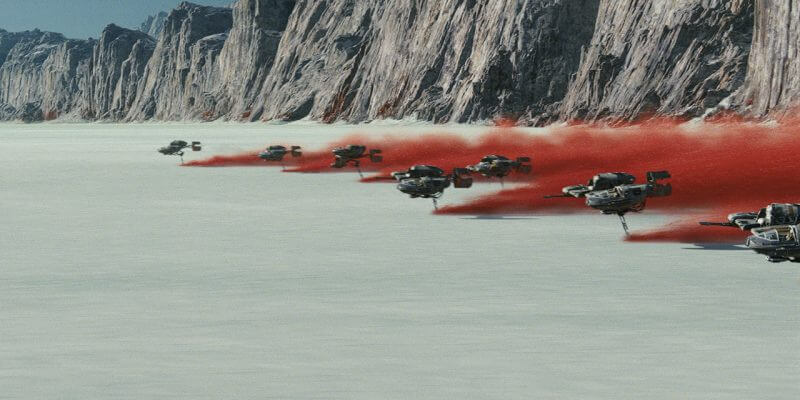 Back in April at Star Wars Celebration 2017, Lucasfilm revealed that another new sequence would be added to the beloved Star Tours: The Adventures Continue attraction at Disney theme parks around the world– this time showcasing a scene from the upcoming film “Star Wars: The Last Jedi.”

Today Disney announced the date fans will have the opportunity to experience the new segment of the modular ride, which will take Star Tours travelers (and their unlikely pilot C-3PO) to the planet of Crait— as featured in both trailers for the highly-anticipated Episode VIII. Guests will travel to Crait Beginning Friday, November 17 at Disneyland Resort and Walt Disney World, followed by November 22 at Disneyland Paris and December 15 at Tokyo Disneyland.

From its opening at Disneyland in 1987, Star Tours has delivered the same action-packed film for all guests each and every time, all the way through to 2010 when it was shuttered for a complete overhaul. Then the following year, the attraction reopened as Star Tours: The Adventures Continue, which randomized the experience with a variety of destination planets and space-battle sequences. The conversion then followed at Disney’s Hollywood Studios in Florida and the other two international parks listed above.

The new version also allowed for new content to be added periodically, as it was in November 2015 for a visit to the desert world of Jakku, which was a tie-in to “Star Wars: The Force Awakens.”