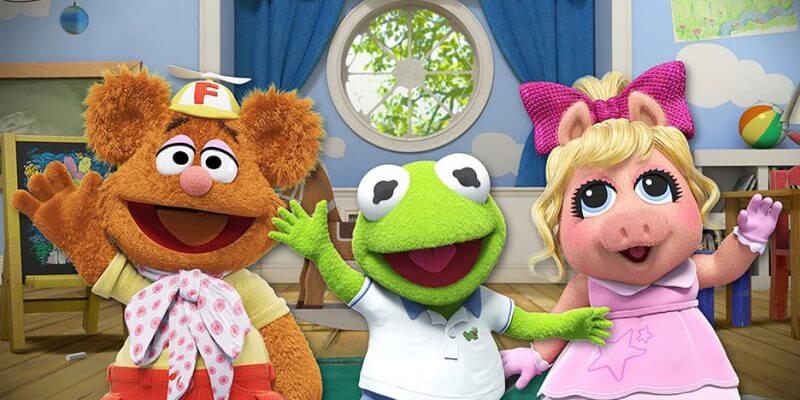 The Jim Henson-created animated series “Muppet Babies” ran for eight seasons in the 1980s, and it remains a fond cultural touchstone for children of that generation. Now “Muppet Babies” is returning in CGI-animated form, with episodes already in production and a debut set for early next year on basic cable network Disney Junior.

“We are proud, and a little bit giddy, to begin production on our new version of the much-loved Muppet Babies,” said Nancy Kanter, Executive Vice President, Original Programming and General Manager, Disney Junior Worldwide. “Parents will delight in seeing their favorite Muppets in the mixed animation style they remember from the original series, and kids will be introduced to this warm and zany world made just right for the Disney Junior audience.”

The original “Muppet Babies” focused on toddler versions of Kermit the Frog, Miss Piggy, Fozzie Bear, and Gonzo– all characters made famous in the live-action puppet variety series “The Muppet Show” and Henson’s other work with The Muppets. The infants lived in a nursery with other Muppet friends, went on hundreds of imaginative adventures mixing animation with repurposed live-action footage, and were watched over by the kindly Nanny, whose face was never visible to the audience.

The new iteration of the popular show will be co-produced by Disney Junior, Disney Consumer Products, and of course The Muppets Studio. “Bringing Muppet Babies to Disney Junior is a wonderful opportunity to reach a new generation of viewers and to creatively build on the innovative original series,” said the latter’s vice president Debbie McClellan.

No word yet on who will make up the show’s voice cast, but Muppet fans new and old can expect to see all-new episodes of “Muppet Babies” on Disney Junior in early 2018.