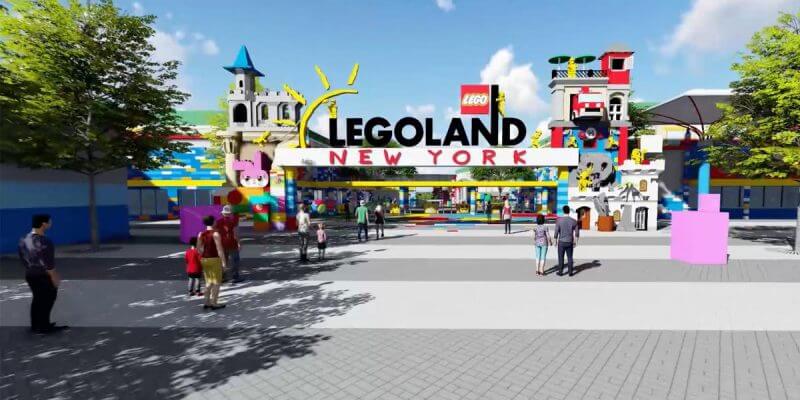 The United States of America is about to get its third LEGOLAND location, and it will be established in upstate New York, a little over an hour (sixty miles) from Manhattan, depending on traffic conditions.

Though we reported on the possibility back in September, the official announcement for LEGOLAND New York was not made until today during a gathering in the small town of Goshen, where the park will make its home when it opens in 2020. During the ceremony, 30,000 LEGO bricks were dumped onto the stage by construction vehicles while 1,500 balloons fell from the ceiling to celebrate the news.


“We have spent a lot of time building relationships in the community, listening and responding to concerns, and we are looking forward to building a theme park that will enhance the community and be a tremendous neighbor,” said LEGOLAND owner Merlin Entertainments’ Chief Executive Officer Nick Varney. “I am honored to announce LEGOLAND New York is officially moving forward.” “We are humbled to join the Goshen community,” said Varney.  “I can pledge to you that LEGOLAND New York will be a trusted and valued member of this community. I am thrilled that Goshen is the place where we will build our third LEGOLAND Park in the U.S. – the first in the Northeast.” The existing two locations are situated in Carlsbad, California and Winter Haven, Florida.

Unlike its warmer-climate counterparts, however, LEGOLAND New York will operate only on a seasonal basis, from April 1st through November 1st each year. A 250-room LEGOLAND Hotel will also be built, though that will remain open year-round.