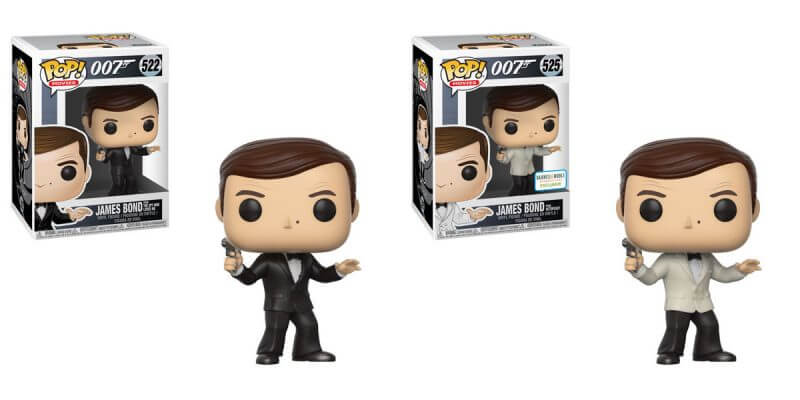 Bond. James Bond. 007 himself is getting the Pop! treatment in a brand new collection coming from Funko. The MI6 agent won’t be alone though. He will be joined by some of the most memorable villains from various Bond films.

The initial series will feature two different Bond figures from the films “Goldfinger” and “The Spy Who Loved Me.” It will also feature the iconic “Golden Girl” from Goldfinger. Of course, the Bond films are known for having some memorable villains. What would a pop series be without the enemies of the iconic spy? Blofeld, Oddjob and Jaws will also be featured as part of this collection. Keep an eye out for variants of these characters as well, with exclusive figures available only at Target, Barnes & Noble and Toys “R” Us. These suave new Pop! figures will be available this December.

Comments Off on James Bond looks smooth even in Pop! form with these new figures coming from Funko