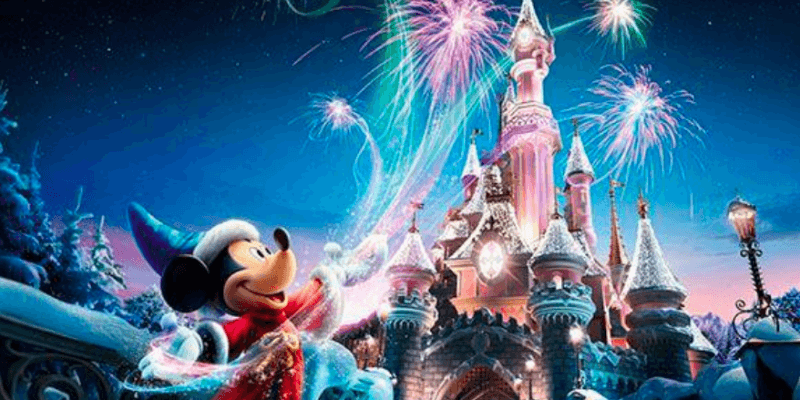 Christmas celebrations are in store for both Disneyland Park and Walt Disney Studios Park. For Goofy’s Incredible Christmas, mapping technology and special effects turn Twilight Zone Tower of Terror into an immersive night-time experience. Goofy lights up the park with Christmas spirit by taking guests on a journey through breathtaking landscapes, including the North Pole and an extravagant holiday party. A few surprises are included as well.

Sing Me a Merry Christmas, performed several times a day, invites guests to sing famous seasonal songs with Mickey and friends. The musical extravaganza takes place at the Production Courtyard stage located at the base of the Hollywood Tower Hotel.

During a new show called A Merry Stitchmas, Disney characters rush to get ready for Christmas on the Royal Castle Stage. Mickey, Minnie, and friends teach Stitch the meaning of Christmas through songs.

The Frozen Sing-Along Show is back at the Chaparral Theater, giving guests the chance to sing catchy songs from the film with Elsa, Anna, Olaf, and Kristoff. The Christmas lights are switched on during Mickey’s Magical Christmas Lights, an event attended by Mickey, Minnie, and Santa.

Character Meet-and-Greets offer the chance to snap photos with Scrooge McDuck, Thumper, Miss Bunny, and more. Miguel from Disney-Pixar’s upcoming film “Coco” makes an appearance, and you can also meet Santa himself until Christmas Day. The Enchanted Advent Calendar allows guests to awaken the magic of Christmas each day from December 1 – 25.

If you’re celebrating the New Year at Disneyland Paris, a star-studded evening of surprises and fireworks are in store on December 31.

Disney’s Enchanted Christmas runs from November 11, 2017 – January 7, 2018. For more information on the many holiday festivities, head over to the Disneyland Paris website.