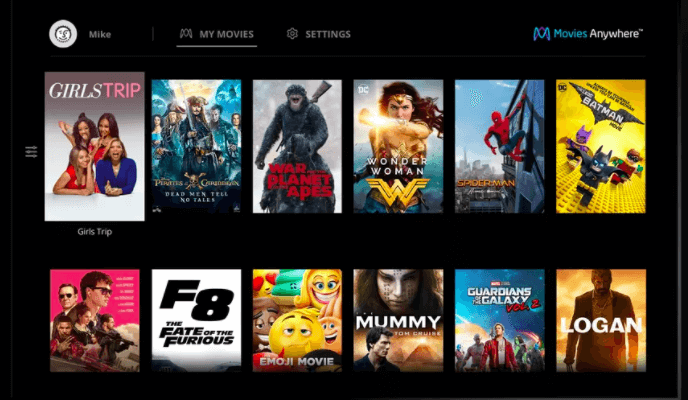 Walt Disney Studios is partnering with other major studios for the launch of Movies Anywhere, offering more than 7,300 movies for consumers to watch across multiple platforms.

The service is similar to Disney Movies Anywhere, which was launched in 2014, but Movies Anywhere has a larger selection. Warner Bros., Sony Pictures, Universal Pictures, and Twentieth Century Fox have all signed on to offer movies alongside Disney, Pixar, Marvel, and Lucasfilm.

By downloading the Movies Anywhere app and linking to Amazon Video, Google Play, iTunes and/or Vudu accounts, all eligible titles purchased from the digital retail stores are added to the Movies Anywhere library. Users can also redeem digital copy codes from eligible DVDs and Blu-rays. Customers can browse the movie selection within the Movies Anywhere app and purchase via their retailer of choice at the end of the transaction. Titles will be streamed but can also be downloaded for offline viewing.

To celebrate the launch, new users can add up to five free movies by connecting their first two qualifying retail accounts.

Comments Off on Disney announces new “Movies Anywhere” app with titles from Universal, Sony, and more