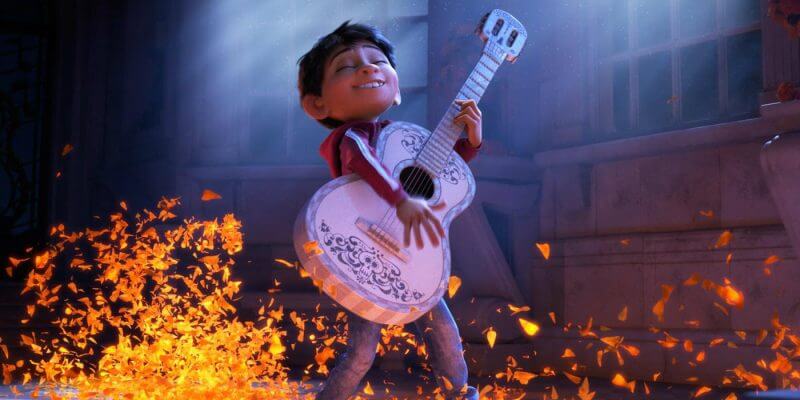 Pixar’s latest movie “Coco” is headed into theaters this fall, and music factors into the story quite a bit more than usual for the Disney-owned animation studio.

“Coco” is the story of a twelve-year-old boy named Miguel excited to be growing up in a vibrant Mexican village, except for the fact that his family has banned music of any kind. After uncovering secrets about his family history, Miguel sets out on a quest in the mythical Land of the Dead to reclaim his birthright as a talented guitarist and performer.

The soundtrack features a number of original songs written for the movie– one by Oscar winners Kristen Anderson-Lopez and Robert Lopez of “Frozen” fame, the others by Germaine Franco and co-director and screenwriter Adrian Molina– and the sure-to-be-enchanting musical score by also-Oscar-winner Michael Giacchino (“Ratatouille,” “Inside Out”). “When I saw ‘Coco,’ a mosaic of emotions came over me,” said Giacchino. “It made me think about my family and my connections to relatives back in Italy. This film speaks to everyone.”

Available on Friday, November 10th, the “Coco” soundtrack also includes an end-credits version of “Remember Me” as performed by Grammy-winning singers Miguel and Natalia Lafourcade. Be sure to pre-order your copy at Amazon.com.