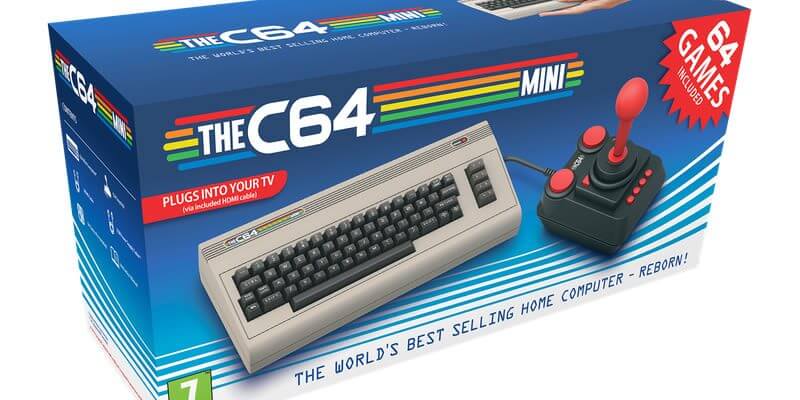 As predicted, last week’s release of the SNES Classic Edition drove people to toy and electronic stores in a mass as the vintage gaming system flew off the shelves. This wasn’t the first revamped retro console to hit stores, and now we know it won’t be the last.

The C64 Mini is coming soon, reviving the classic Commodore 64 system. This nostalgic new product will remodel the 1982 console, allowing gamers to simply plug into their television using an HDMI cord, rather than playing on a tiny computer monitor. The new system will feature a classic-style joystick as well as 64 built-in games including Uridium, Paradroid, Hawkeye, Nebulus and Monty Mole.

The C64 Mini does not yet have a specific release date, but it is planned to hit stores in early 2018 with a suggested retail cost of $69.99. For more information on the C64 Mini, visit the product’s official website.