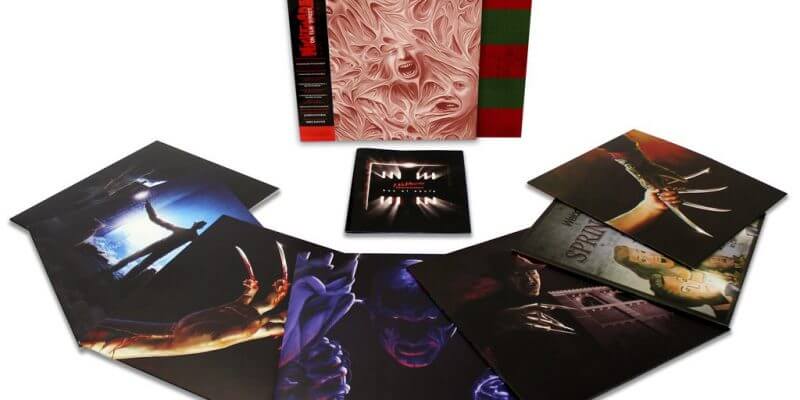 The music of the “A Nightmare on Elm Street” franchise has haunted the dreams of just about everyone who has seen the classic horror films. Now, thanks to Mondo, you can own those terrifying tones on vinyl with Box of Souls, a box set consisting of all the most macabre music from the series.

Box of Souls is comprised of 8 LPs from the original series, all remastered for vinyl.

Of course, Mondo has once again created some killer artwork from artist Mike Saputo, for this box set. Each LP and the box itself shows off this incredibly nightmarish art. Box of Souls is available now for $250. You can order yours on Mondotees.com. The first 1,000 copies will ship out in one to four weeks, while the following wave will not ship until November, so order before it’s too late!