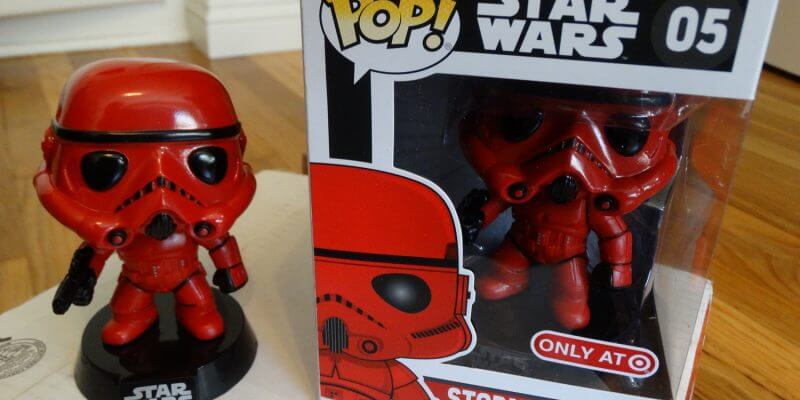 The popular toy company Funko has had a very fruitful relationship with Disney and Lucasfilm over the past several years, producing hundreds of different “Star Wars” Pop! Vinyl figures that fans have devoured voraciously due to their attractive packaging and adorable design.

Now Target has revealed an exclusive Red Stormtrooper bobblehead toy from the Pop! Vinyl line, and we got our hands on a couple copies for review. The figure resembles the Crimson Stormtrooper that has seen action figure releases before, but has never appeared on-screen in any Star Wars movie.

Because we were given an extra copy by Funko and Target, we thought we would offer it up to you, the Inside the Magic audience. Simply enter below for a chance to own this very cool collectible.

ENTER TO WIN ONE OF THE RED STORMTROOPER FUNKO POP! VINYL BOBBLEHEAD FIGURES: Comments Off on WIN a Target Exclusive “Star Wars” Red Stormtrooper Funko Pop! Vinyl bobblehead figure from Inside the Magic