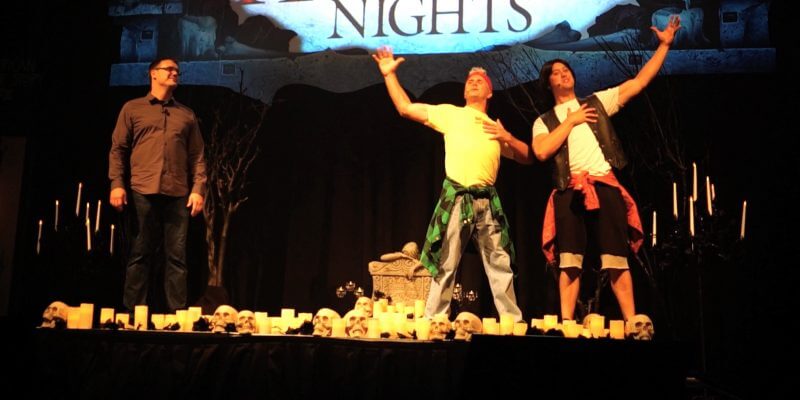 For longtime fans of Universal Orlando’s Halloween Horror Nights, this 27th year of the event is bittersweet as it marks the final year for the long-running pop culture parody show, Bill and Ted’s Excellent Halloween Adventure.

With video recording is never allowed during that show, Universal Orlando gave us an opportunity to share a taste of Bill and Ted fun by surprising press attending opening night with an appearance by the dimwitted duo to help kick off the evening’s festivities. But they weren’t the only characters emerging from the darkness, as the event opened with a scream…

This year’s Bill and Ted’s Excellent Halloween Adventure doesn’t pull any punches, firing away joke after joke aimed at the Mouse House down the highway, even bringing back some controversial characters from the past that helped rocket the staple show to its present-day popularity.

I’ll share more thoughts about this year’s show in my full event review in a couple days. In the meantime, be excellent to each other.