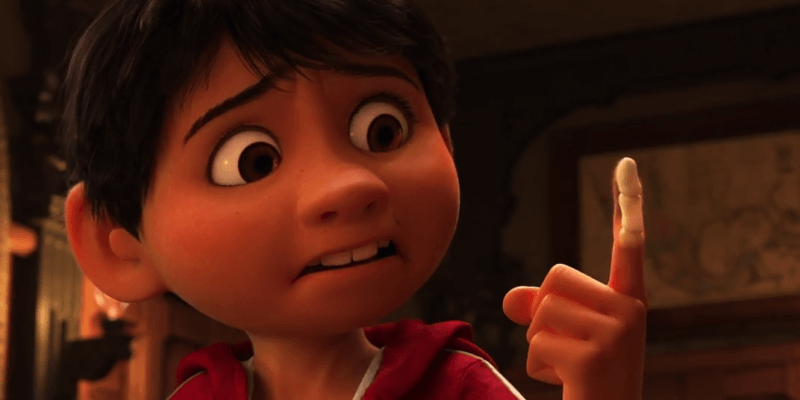 A new trailer for Disney-Pixar’s upcoming film Coco has arrived, giving another peek at the touching story that celebrates the bonds of family.

Despite his family’s baffling generations-old ban on music, Miguel (voice of newcomer Anthony Gonzalez) dreams of becoming an accomplished musician like his idol, Ernesto de la Cruz (voice of Benjamin Bratt). Desperate to prove his talent, Miguel finds himself in the stunning and colorful Land of the Dead following a mysterious chain of events. Along the way, he meets charming trickster Hector (voice of Gael García Bernal), and together, they set off on an extraordinary journey to unlock the real story behind Miguel’s family history. Directed by Lee Unkrich, co-directed by Adrian Molina and produced by Darla K. Anderson.

In addition, a sneak peek of the film is heading to Disney parks. At Disney’s Hollywood Studios, a preview of “Coco” will be presented at the new Walt Disney Presents attraction, where artwork and character sculptures will also be on display. At Disney California Adventure, guests can get a peek at scenes in 3D with special in-theater effects at Sunset Showcase Theater in Hollywood Land. These previews begin on November 3.

“Coco” arrives in theaters on November 22.