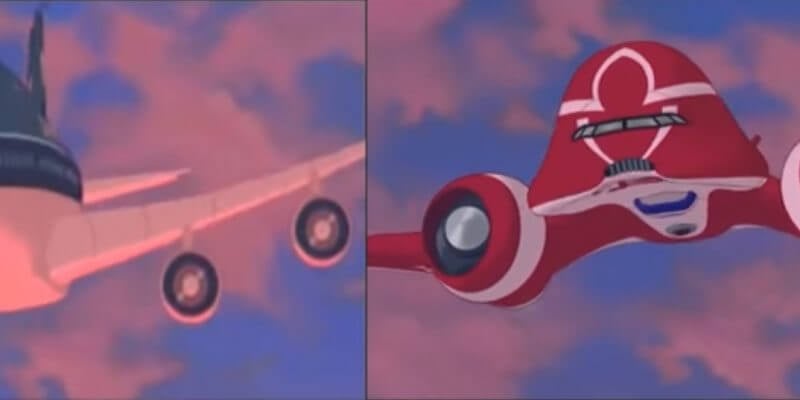 The tragic attacks of September 11th, 2001 had an immeasurable effect on American culture that still reverberates sixteen years later, but in the immediate aftermath the impact of those horrendous events was felt even more forcefully.

The original version of Disney‘s animated feature “Lilo & Stitch” (which was released to theaters in an altered state in June 2002) featured a scene in which the characters of Stitch, Nani, Jumba and Pleakley hijacked a Boeing 747 airliner from Hawaii’s Lihue Airport and flying it through downtown Honolulu in order to save Lilo. Naturally, after the events of 9/11, those scenes were changed so as not to inspire any unwanted correlation between the light-hearted movie and the real-world disaster.

While the deleted scenes in question have been available in various forms for a number of years, today the news website Vox assembled a side-by-side video comparison of the original version of “Lilo & Stich” with the final, released edition of the film.

Obviously the changes made were necessary in the climate following 9/11, but it’s always interesting to see a vastly different version of Disney animation as a work in progress.

Comments Off on VIDEO – Compare “Lilo & Stitch” to its original version, drastically altered after 9/11