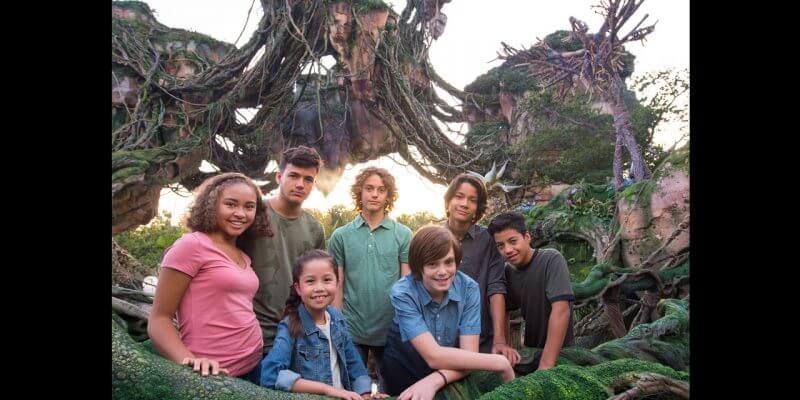 The recently-revealed next generation cast of Avatar 2  just got the chance to explore their fictional homeland of Pandora at Walt Disney World.

Film producer Jon Landau treated the seven actors to a VIP tour of Pandora – The World of Avatar. The cast, ranging in age from 7 to 17 years old, was immersed into the world to learn how to fully take in the incredible sights, sounds, and scents of Pandora. Director James Cameron worked with Landau to organize the special trip. Disney kept the cameras rolling during the two-day visit as the group explored, capturing their experiences floating down the Na’vi River and flying on the back of banshees during Avatar Flight of Passage.

Go on the Pandora journey with these new Hollywood stars in the video below.

The four “Avatar” sequels are being filmed concurrently, with “Avatar 2” arriving in theaters on December 18, 2020.

Comments Off on VIDEO: “Avatar 2” Next Generation cast visit their new homeland of Pandora at Walt Disney World