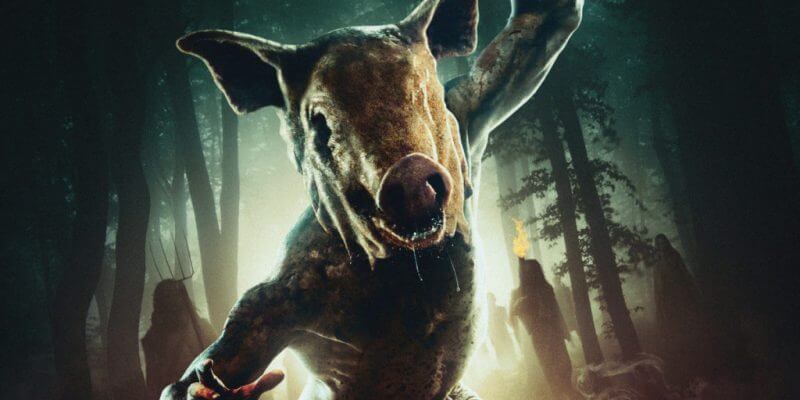 Ryan Murphy knows a thing or two about horror. The writer of “American Horror Story” has created seven successful seasons of what is arguably the most popular horror show on television. Recently, he got to see his nightmares come to life at Halloween Horror Nights at Universal Studios Hollywood.

As you likely already know, Halloween Horror Nights is offering a house based on the show’s sixth season, “Roanoke.” Murphy had a hand in creating the house, and yet it didn’t help him very much as he walked through it with members of the show’s cast.

WATCH –  RYAN MURPHY AND THE CAST OF AMERICAN HORROR STORY WALK THROUGH “ROANOKE”:

The members of the cast that joined Murphy included Billy Eichner, Billie Lourd, Colton Haynes, Leslie Grossman, Alison Pill, and James Morosini. While some of them may not have enjoyed being scared out of their minds, they all approved of the house in the end.

““It amazes me how much work goes into this,” Murphy said. “It feels out of body, you know? We created all those characters and they all get to do their own thing with them. It’s really fun. I’m always amazed at how that show went from a pitch to a brand, and this is a part of that. Also, it’s amazing to see how the horror world has exploded since we created this show in 2011. It’s now such a big, big deal, and I never thought it would be.”