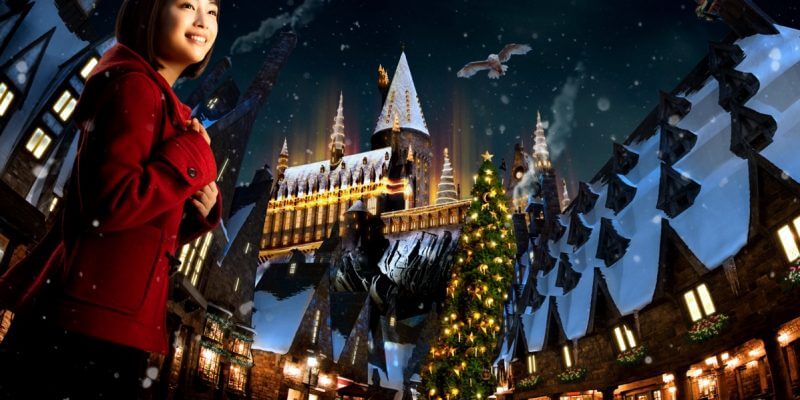 Guests at Universal Studios Japan can look forward to the return of Christmas in the Wizarding World of Harry Potter and Universal Wonder Christmas. A Christmas tree inspired by the “Harry Potter” films offers up a magical experience. Guests can cast a spell on the tree, illuminating the candles and making the ornaments dance. Special holiday treats like hot Butterbeer will be served throughout the season.

To preview Christmas in the Wizarding World of Harry Potter, take a look at our video from last year’s event. Fan-favorite Minions from the “Despicable Me” films will also appear in Christmas attire to wreak festive havoc with colorful balloons and confetti.