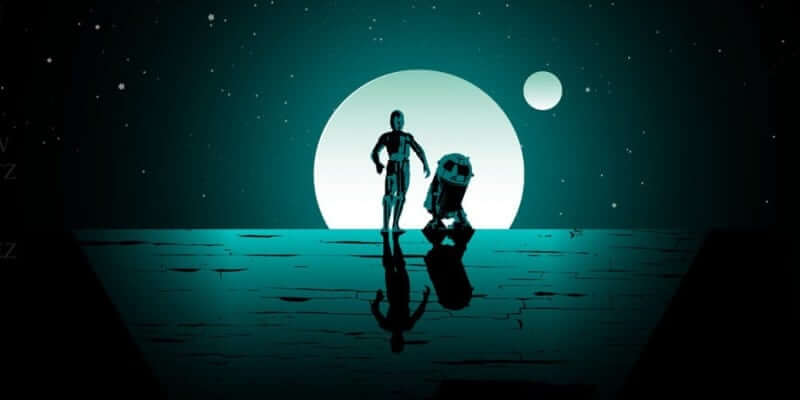 Since its very early days, the “Star Wars” franchise has always been about much more than movies. The first “Expanded Universe” tie-in novel “Splinter of the Mind’s Eye” debuted in 1978, and since then there have been countless installments in books, comics, video games, and television series, each fleshing out the larger Star Wars Universe in its own unique way.

At Star Wars Celebration 2017, back in April, Lucasfilm partner Del Rey Publishing announced a very special new release coming this fall– “Star Wars: From a Certain Point of View,” a celebration of the saga’s 40th anniversary that chronicles the tales of forty different supporting and background characters via a collection of short stories.

Today on Twitter, Del Rey and its authors participated in the hashtag #FromACertainPOV, revealing details about what fans can expect from many of the individual narratives for within the new book. I’ve collected thirteen of the tweets below.

My @starwars FROM A CERTAIN POINT OF VIEW story is “END OF WATCH”, and is about a… reactor leak? #FromACertainPOV https://t.co/WDN7W19vgi pic.twitter.com/VWgOuNg5zQ

My poor little #FromACertainPoV character has a bad motivator. Or does he? https://t.co/T8v01wqnI8 Coming Oct 3 to a galaxy near you! pic.twitter.com/Ka0Sx2vE9K

I get to revisit a character I loved writing once before. Preorder here: https://t.co/JW92Pq9vKr #FromaCertainPOV pic.twitter.com/ZpLqLRkuVe

So, who am I writing for From A Certain Point Of View? As if I could resist. #FromACertainPOV Preorder link: https://t.co/ME9Nbe47m5 pic.twitter.com/v3nBenLtoq

Guess which character from your favorite cantina I wrote about for Star Wars #FromaCertainPOV… Pre-order here: https://t.co/gy6fiYxze0 pic.twitter.com/T4hJwbLYv2

Wrote a @starwars story from the POV of a hapless droid caught up in the Death Star's gay demimonde #FromACertainPOV https://t.co/glKHl2hZS7 pic.twitter.com/sCD8NO86Zr

Find out more about Breha Organa in From A Certain Point of View, u can pre-order now 😀 #FromaCertainPOV #starwarshttps://t.co/C8SyjpXAvP pic.twitter.com/LUffbJT85D

Tuskens? Now that's a name I've not heard in a long time… a long time. Find my story and more in #FromACertainPOV! https://t.co/cmvtqPYpxH pic.twitter.com/y7CHvjaz0j

My story in #FromACertainPOV opens the anthology by bridging the gap between ROGUE ONE and A NEW HOPE! Pre-order: https://t.co/RflvIppUzV pic.twitter.com/fwsy5d6KUk

As you can see, we’ll be getting some very exciting new information out of “From a Certain Point of View,” including a story that fills in the brief gap between last year’s “Rogue One: A Star Wars Story” and the original “Star Wars Episode IV: A New Hope.” We’ll also read about infamous bounty hunter Boba Fett, newly-created comics character archaeologist Doctor Aphra, and even the speedy little Mouse Droid from the Death Star, and find out what they were all up to during the events of the first movie.

“Star Wars: From a Certain Point a View” will be available from retailers starting Tuesday, October 3rd.

Comments Off on “Star Wars: From a Certain Point of View” short story collection exciting details revealed via Twitter hashtag