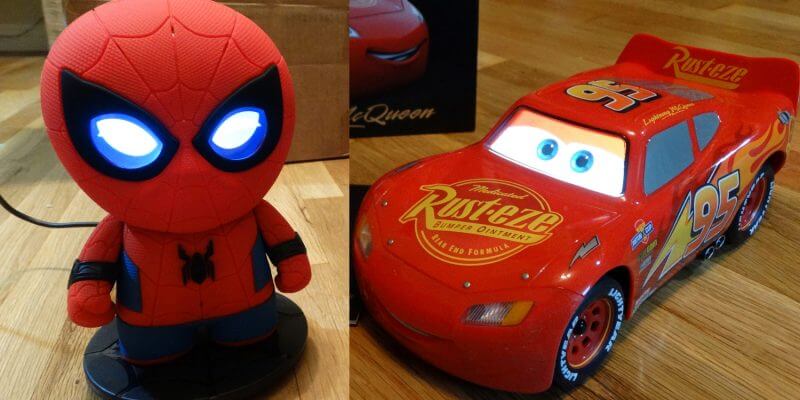 The innovative toy company Sphero has been producing fun consumer robotics since 2011, but it didn’t become a household word until 2015’s “Star Wars: The Force Awakens” and its tie-in remote-controlled BB-8.

Now, over this past summer, the company has released two more high-profile Disney-licensed products, and this week I finally had the chance to check both of them out: the Interactive Spider-Man Super Hero from Marvel Comics and the Ultimate Lightning McQueen from Pixar’s new film “Cars 3.”


While the interactive Spider-Man has a number of cool features, it is essentially limited to a conversation simulator. Children can chat, play word games, and participate in choose-your-own-adventure-style multiple choice stories, but Spider-Man does not move on his own. The Ultimate Lightning McQueen, on the other hand, is a robust, fully-animated remote-controlled car with amazingly authentic movement. Spidey can also be set in “guard mode” to protect a room via motion detection, or used as an alarm clock. Lightning comes with a number of built-in mini-games and challenges as well. I would recommend the Interactive Spider-Man as a good holiday or birthday gift for children ages three through six who are still learning social skills or story comprehension. The Ultimate Lightning McQueen will provide action-packed fun for the entire family. Both toys are available now via Sphero’s official website.