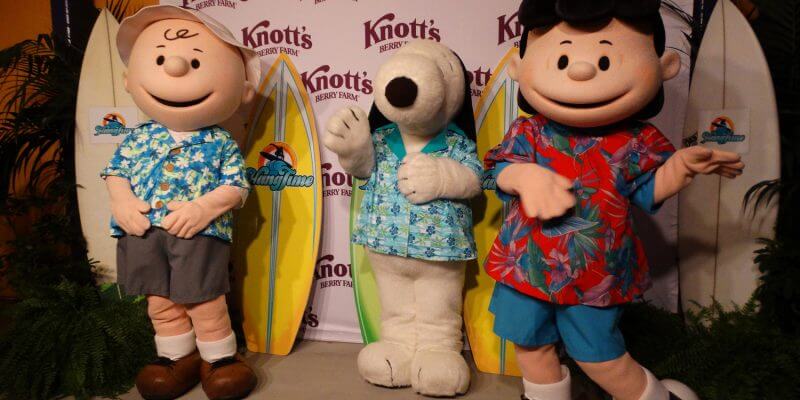 Good grief! Charlie Brown, Snoopy, and company are extending their stay at Knott’s Berry Farm and other Cedar Fair-owned parks all the way through the year 2025.

Cedar Fair, which owns and operates one dozen large-scale amusement parks and another twelve water parks around North America made a deal with Peanuts Worldwide, the company that controls the rights to the Charles M. Schulz-created characters, to keep Snoopy and the gang around for the next eight years, with an option to extend the deal into 2030. Camp Snoopy first opened at Knott’s Berry Farm in 1983, and since then Snoopy has often served as the park’s mascot. Similarly, Cedar Point-founding partnership Cedar Fair had licensed the characters for use at its Midwestern parks in 1992. When Cedar Fair purchased Knott’s in 1997, the two deals merged and the rest is history.

At Knott’s, Snoopy has recently starred in the “Merry Christmas, Snoopy!” ice skating show during the Knott’s Merry Farm seasonal event, as well as “Snoopy’s Magnificent Magical Revue” during this past summer.

Comments Off on Peanuts characters license extended at Cedar Fair parks, including Knott’s Berry Farm, through 2025