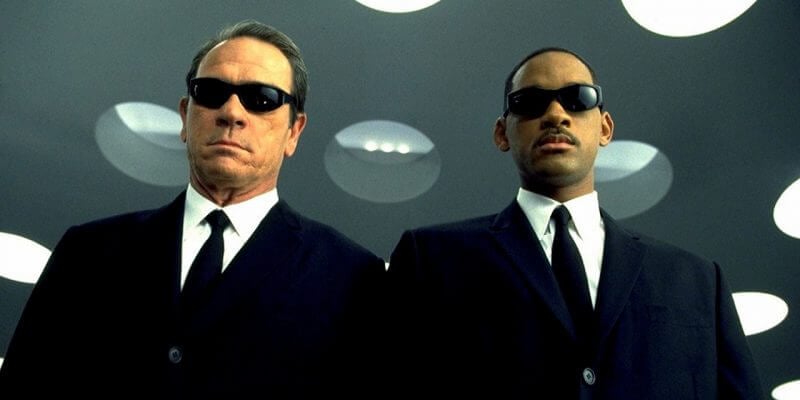 Take your Ray-Ban sunglasses out of storage and get ready to neuralyze some witnesses, because the “Men in Black” are coming back! The underground comic book turned massively popular film series is set for a revival at home studio Sony Pictures, but this time without original leads Will Smith (Agent Jay) and Tommy Lee Jones (Agent Kay).

According to a story published today in Variety, the new movie will be written by creative team Matt Holloway and Art Marcum (the screenwriters behind the first “Iron Man” film, “Punisher: War Zone,” and “Transformers: The Last Knight”). Steven Spielberg will return as executive producer for this spinoff, with Walter F. Parkes and Laurie MacDonald producing, both of whom contributed to the original “Men in Black” trilogy as well. A previously planned crossover between the “21 Jump Street” and “Men in Black” cinematic universes has apparently been scrapped altogether.

A new cast made up of new “MiB” agents will assemble to take on renegade alien forces when this fourth “Men in Black” movie hits theaters on May 17th, 2019.

Comments Off on New “Men in Black” movie on the way from “Iron Man” screenwriters, but without Will Smith and Tommy Lee Jones