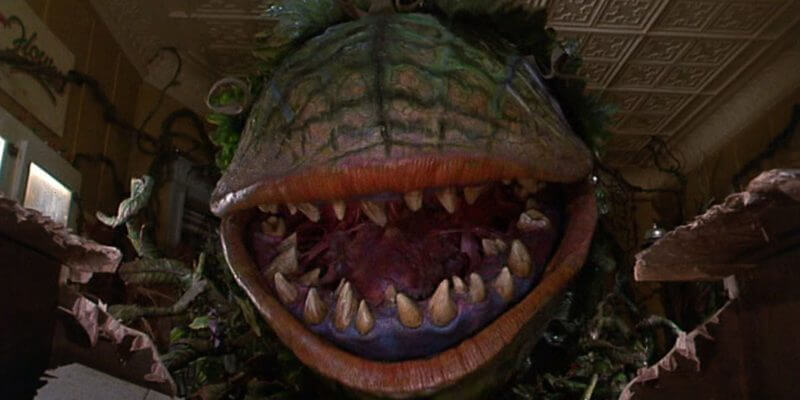 Fans of the beloved classic “Little Shop of Horrors” may be surprised to learn things didn’t originally end so well for Seymour and Audrey.

Fathom Events is hosting Little Shop of Horrors: The Director’s Cut, which includes a 23-minute ending cut from the film after audience testing. In the original ending, the man-eating plant Audrey II succeeds in world domination after killing the film’s lead couple. Test audiences hated the bleak ending and director Frank Oz knew it had to be changed.

“Killing them was a disaster,” Oz said, though the ending was true to the off-Broadway production that inspired the movie. “We wanted to be true to the show, in which both characters died and the plant won. But in theater, (a character) dies and then comes back to take a bow. In movies, the great lesson is you die and you die. You don’t come back for a bow.” In response, Oz filmed a new ending in which Seymour defeats the deadly plant and marries Audrey. The original ending was nearly forgotten, but Warner Bros. restored the film in 2012 as part of a DVD release and screened it at New York Film Festival. This time, the audience loved it.

Now, fans have two more chances to see “Little Shop of Horrors” as it was intended on the big screen. The full movie with the deleted ending will be screened in theaters on October 29 and October 31.

Tickets go on sale to the general public on September 29. To purchase, head over to the Fathom Events website.