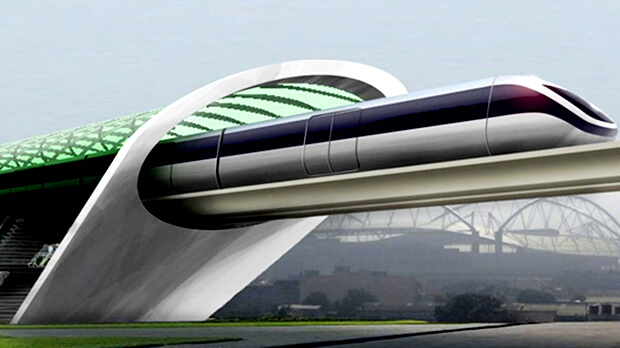 A high-speed Hyperloop route between Orlando and Miami may someday be a reality.

The 257-mile Orlando-Miami route was named one of the 10 winners in the Hyperloop One Global Challenge. More than 2600 teams registered for the event, which called for comprehensive proposals to build Hyperloop networks between cities and regions around the world. If the Orlando-Miami route becomes a reality, the trip between airports would take 25 minutes.

With Hyperloop transit, the train gradually accelerates via electric propulsion through a low-pressure tube. The train lifts above the track using magnetic levitation and glides at airline speeds for long distances. Tech billionaire Elon Musk first mentioned the concept in 2012.

To see more of how Hyperloop works, take a look at the video below.

According to Hyperloop’s website, “A Hyperloop link between Miami and Orlando would unite the state’s tourism and economic centers, as well as ease the freight movement from the Port of Miami to the rest of the state. In addition, the corridor has the potential to extend further north into other states.”

Other winning routes include:

Hyperloop One will now work with each winning team to validate and analyze each proposal further. Business and technical leaders from Hyperloop will host in-country workshops with each team and connect them with the Hyperloop global partner network to sharpen the feasibility of each proposal.

To learn more about each potential route, visit the Hyperloop website.