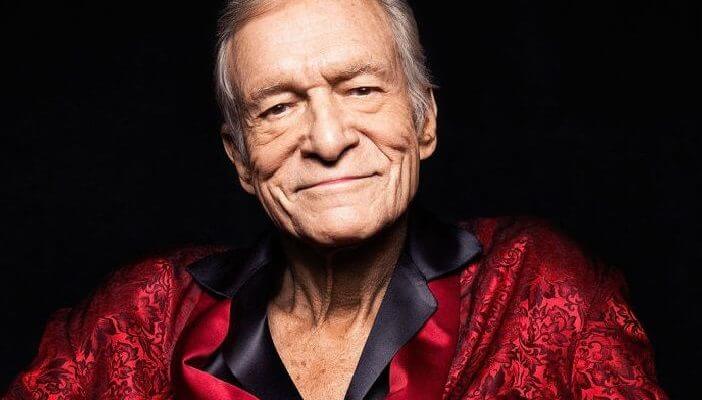 Hugh Hefner, who created the Playboy empire, passed away at the age of 91.

Hefner published the first issue of Playboy magazine in 1953, advertising it as part of the American sexual revolution. The magazine and Hefner were deemed vulgar, but according to the New York Times, Playboy’s circulation was at 1 million by 1960 and peaked around 7 million in the 1970s.

Hefner found success building his own brand and his career is sometimes compared to that of Walt Disney. Though their brands were very different, both men were born in Chicago and created their legacies in southern California. Hefner has been spotted at Disneyland over the years and shared this photo of his entourage with Mickey Mouse in 2013.

As Hefner said in a 2005 interview, “There are two ’Happiest Places on Earth:’ One is Disney, and the other is the Playboy Mansion.”

He was known for dating many of the women who worked for him, including former Playboy model Holly Madison. She went on to become a New York Times Best-Selling author and TV personality, and she also felt a connection to Disney. Madison transformed her Las Vegas home into a fairytale mansion for her entire family with rooms inspired by classic Disney films and attractions.

Hefner’s brand diminished over the years and the magazine’s circulation dropped to around 800,000 by 2015. That same year, the magazine stopped publishing nude photographs.

Over the years, Hefner continued to live the Playboy lifestyle at his mansion near Beverly Hills. He passed away there on Wednesday, September 27.

Hefner bought the mausoleum drawer next to Marilyn Monroe at Westwood Memorial Park in Los Angeles and will be buried beside the legendary actress.