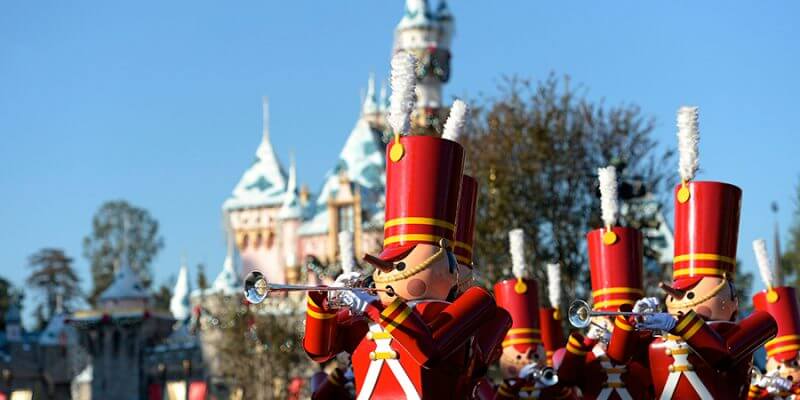 ‘Tis the season… actually, it’s not quite Halloween season yet, but Disneyland is already planning for an even more festive time of year down the road. Today the Resort announced the dates and returning attractions for the merry celebration at Walt’s original Magic Kingdom.

At Disneyland proper, guests will be able to enjoy the sparkling lights of Sleeping Beauty’s Winter Castle once again, in addition to the “Believe… in Holiday Magic” fireworks show and “A Christmas Fantasy” parade. Plus the Haunted Mansion and It’s a Small World attractions will each be receiving their annual holiday makeovers.

WATCH “A CHRISTMAS FANTASY” PARADE FROM 2016:


Also returning to Disney California Adventure— Disneyland’s sister theme park just across the esplanade– will be ¡Viva Navidad! and the Festive Foods Marketplace. And on the banks of Paradise Bay, guests will be wowed by “World of Color – Season of Light” – the wonderfully holiday-themed version of DCA’s nighttime spectacular.

For Southern California regulars or for theme park fans visiting from out of town, the Disneyland Resort is perhaps the most magical place of all to spend the 2017 holiday season.

Comments Off on Holiday season dates, attractions announced for Christmas 2017 at Disneyland Resort