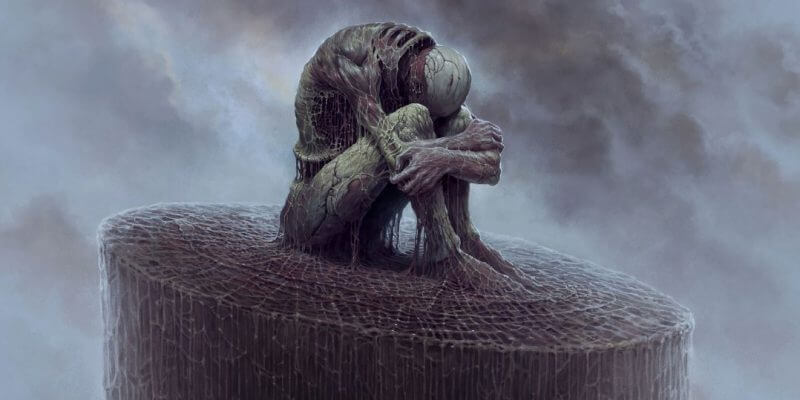 Alone and abandoned in a completely alien world, “Scorn” invites you to explore your new environment, deciding when to flee and when to fight.  Nightmarish creatures and creations await your arrival in EBB Games new PC diversion, “Scorn.”

This freaky first person horror adventure features rich, interactive, immersive environments that look like they’ve been ripped right off of the pages of any H.R. Giger art book. Even the eerie environment itself is alive.

Nightmarishly designed to be experienced with a nonlinear approach, “Scorn” is a series of interconnected areas, each playing a subtly sinister role to craft a creepy, cohesive “lived in” world.  Every action has consequences. Scorn takes place in an open-ended world with different interconnected regions. Each region is a maze-like structure with various rooms and paths to discover. All the storytelling happens in-game, with no cut-scenes to distract you from the grisly reality of the living, breathing world you’re in. But keep your eyes open – the game won’t show you any sympathy if you miss something important on your uneasy travels. Everything has a reason and purpose – you just need to work out what it is. With limited resources, this adventure must be experienced with thought and care, as the game promises an arsenal of various action approaches required to move forward.

“Full body awareness” brings the promise of a much more immersive experience.  With realistic life-like actions, some tasks depend on dexterity. An example of this would be the game’s requirement to make full use of hands and fingers to properly perform playable actions like obtaining objects. “Every location contains its own theme (story), puzzles and characters that are integral in creating a cohesive lived-in world. Throughout the game, you will open up new areas, acquire different skill sets, weapons, various items and try to comprehend the sights presented to you.” Built upon the “Unreal 4” game engine, EBB promises that this is not just your average simulator survival game.

SCORN will be released for PC in two distinct parts or chapters, each with its own characteristics.  This was done for more cohesive game play.  EBB promises only the two parts to its nightmare with no additional downloadable content or sequels.

The nightmarish universe that is SCORN is slated to weave its horror sometime in 2017 (for Part 1).