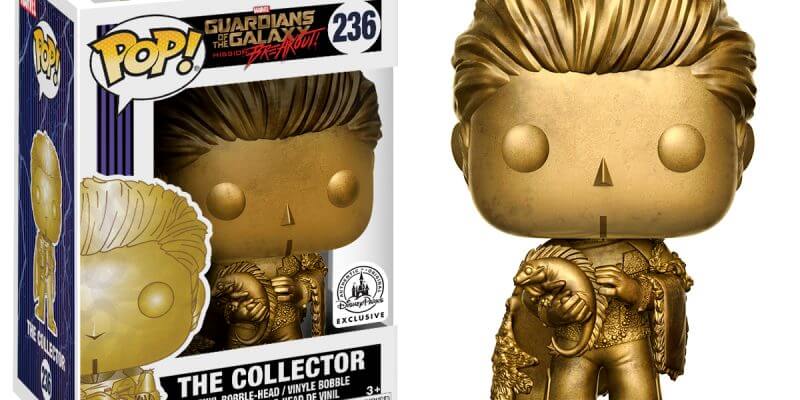 You can now take home a Collector statue of your own with this new Disney Theme Parks exclusive from Funko.

The gold Collector statue was released on September 23 at both Disneyland and Walt Disney World. They’re reportedly being sold for $20 each and there is a limit of 10 per person. Find the gold Collector in The Collector’s Warehouse at Disney California Adventure or Pin Traders and Superhero Headquarters at Disney Springs.

The life-sized version of The Collector statue appears outside of the Guardians of the Galaxy – Mission: BREAKOUT! attraction at Disney California Adventure.