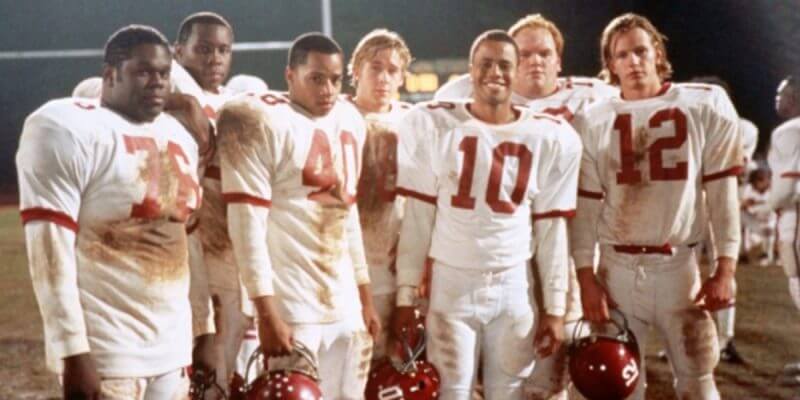 Are you ready for some football!? The 2017 NFL season kicks off later this week. For some of us, that doesn’t mean much. For others though, it means every Sunday will be spent in front of a television with friends rooting for your favorite teams.

For those of you that aren’t quite in the football spirit, believe it or not, Disney can help get you there. Disney is actually responsible for some of the greatest sports movies of all time, including “The Mighty Ducks,” “Secretariat,” and “Miracle.”

You may not think about the mouse when you think about football, but let’s face it, the people at Disney know how to tell a story.

Here are 3 Disney football movies to get you ready for the 2017 season: Yes. That “The Waterboy.”  Believe it or not, it’s technically a Disney movie. Touchstone Pictures, the production company that made the film, is a distribution label of Walt Disney Studios.

Now that we got that out of the way, there’s no denying that “The Waterboy” is one of the best football comedies ever made. It may not be your kind of humor, but it is the kind of humor that a lot of people enjoy.

On top of that, underneath all the silliness, it’s really a few great underdog stories all in one movie. A young outcast goes from being a football team’s waterboy to a star linebacker, a coach leaves the tutelage of his mentor on a mission to show his own worth and a team that no one believes in tries to shock the world.

Mark Wahlberg stars in this drama that tells the true story of Vince Papale, an undrafted underdog who, against all odds, makes the roster of the Philadelphia Eagles.

This heartwarming, and at times heartbreaking, film will have you rooting for Papale and the Eagles, even if you’re a lifelong Giants fan. It may seem odd to see Wahlberg in a role that doesn’t surround him with explosions or gunshots, but this is perhaps one of his best performances.

A great cast and a touching story of a man trying to succeed in a failing city, make this one of Disney’s very best football movies. This is the perfect example of a sports movie that isn’t really about sports. The backdrop is football but it is really a movie about equality in a confusing and dangerous time.

The characters form bonds with each other and the audience in a way that no other sports movie has really been able to do. The cast, led by Denzel Washington, will make you fall in love with the Titans and root for them as if you’re watching a live game.

Whether you’re a football fan or not, Disney tells the story of underdogs you just can’t help but fall in love with. Whether it’s a comedy or a drama, we’re hooked for every play, every whistle and every moment of disaster and triumph.

What is your favorite Disney football movie? Let us know in the comments below.