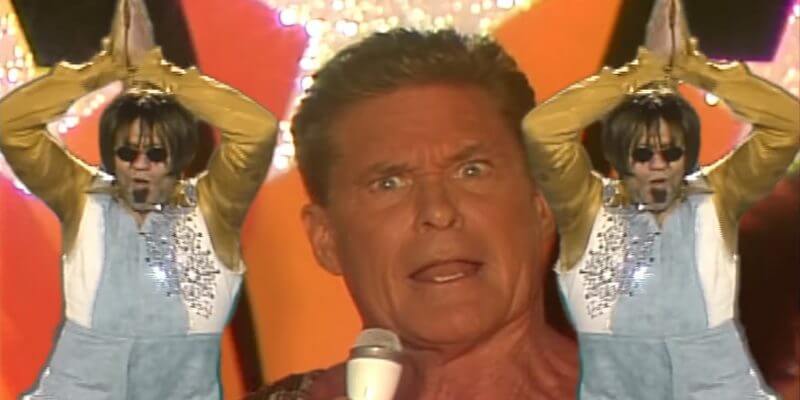 “Guardians of the Galaxy” director James Gunn is known for making fun movies (and having fun making them), but what may be the most enjoyable offshoot of those movies has just hit the internet.

Today Marvel Studios revealed the jubilant, super groovy new music video for the song “Guardians Inferno” off the “Guardians of the Galaxy Vol. 2” soundtrack, performed by none other than “Knight Rider” star David Hasselhoff, who also makes a cameo appearance in the film. Joining Hasselhoff in the video is a cavalcade of cameos from the “Guardians” cast, Gunn himself, and another world-famous Marvel mogul who probably needs no introduction.

“Guardians of the Galaxy Vol. 2” will be released this Tuesday on Digital HD and Disney Movies Anywhere, followed by a 4K Blu-ray and DVD release on August 22nd.