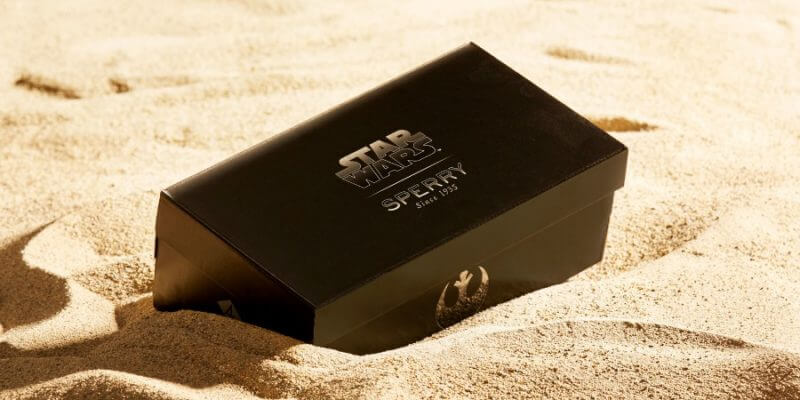 A long time ago, in a galaxy not so far away, George Lucas’ “Star Wars: Episode IV – A New Hope” premiered in theaters and changed film forever. 40 years later, Star Wars is one of the most popular film franchises in the world and Sperry wants to celebrate that.

In honor of the 40th anniversary of “A New Hope,” Sperry is releasing a collection of Star Wars shoes that every fan will need. The collection will include five different styles and will feature some of our favorite characters including: You can also declare your allegiance to either… The entire collection will be available Thursday, August 10, in Sperry stores, online at Sperry.com, and in other select retail locations.