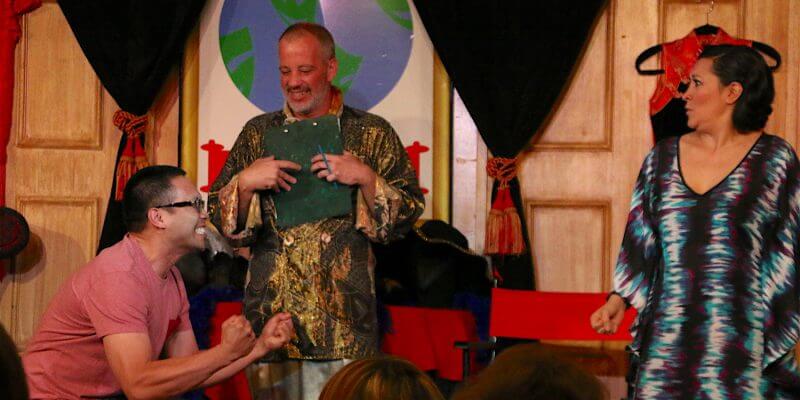 For more than 26 years, Sleuths Mystery Dinner has brought comedy ensembles together on a nightly basis to perform dinner theater that’s become a staple of the Orlando entertainment scene.

Today, this longtime attraction is tucked away in the shadows of the Orlando Eye and its surrounding I Drive 360 complex, easy for tourists to miss as they marvel at the much larger spectacles that have been erected in recent years. But those looking for an evening of good food and absurd comedy may find what they’re after at Sleuths. 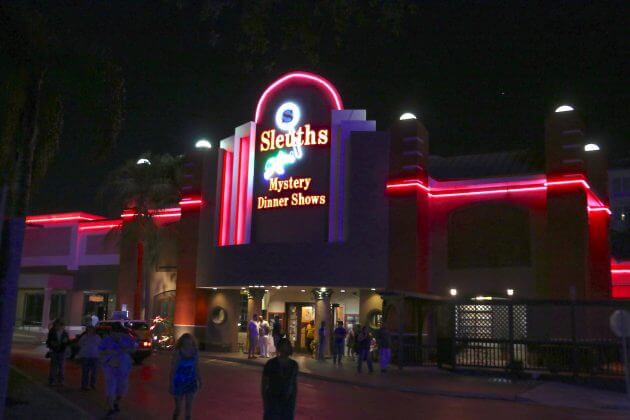 Each night at Sleuths Mystery Dinner brings a different show, largely featuring relatable themes like weddings, birthday parties, and family reunions. Each features a cast of crazy characters, who are over-the-top caricatures aiming to solicit laughs from patrons in any way they can. Each show is wrapped in a whodunnit mystery which the audience is given an opportunity to “solve” by way of questionnaires over dessert, based on an amusing Q&A session with the characters after the dreadful deed has been committed out of sight. In the end, those that figure out the murderer have a chance to win some prizes via a drawing.

It all begins outside, where attendees can wait at a bar. Drinks are included once inside, but are an up-charge in the waiting area – which also features a gift shop full of odd items. 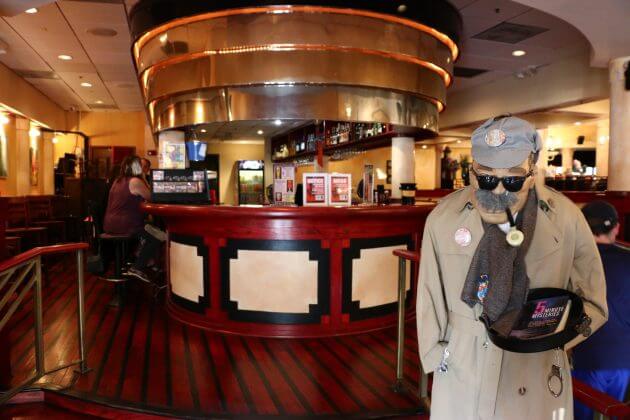 Once inside one of two theaters, the audience is directed to a specific place at a table, immediately greeted by a standard house salad. 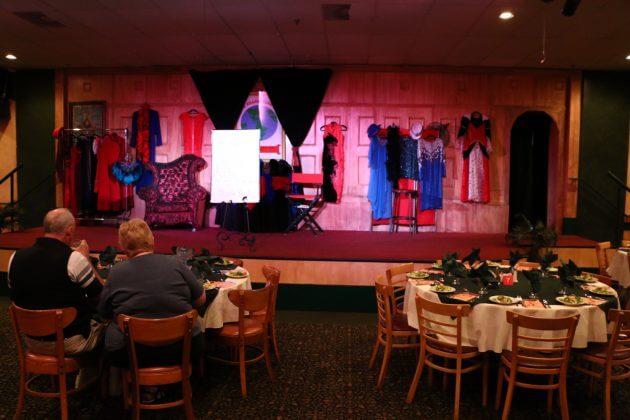 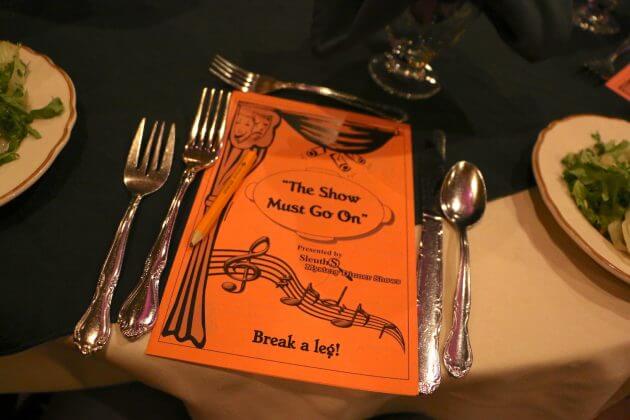 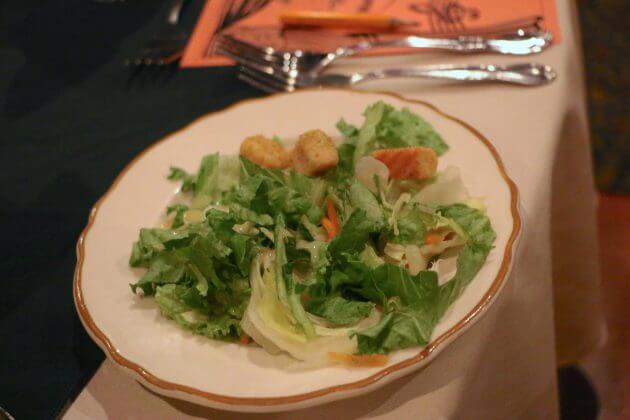 A photographer swarms throughout the evening in an attempt to capture a few magical moments, which are available for sale as prints (and keychains) at the end. No freebies to be found here. 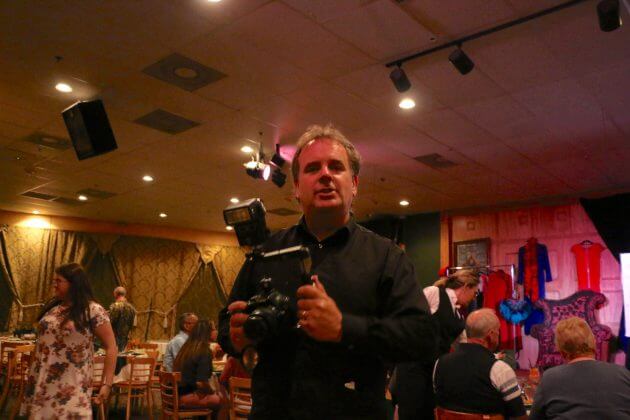 The show takes off quickly as guests are introduced to the characters who are anything but shy about launching into just about any topic while moving through their scripts. As the night moves on and the alcohol begins flowing, the crowd gets a little louder and the jokes get a bit raunchier – but never exceed PG-13.

Some people are pulled to participate in silly antics on stage, playing off the improv skills of the actors. 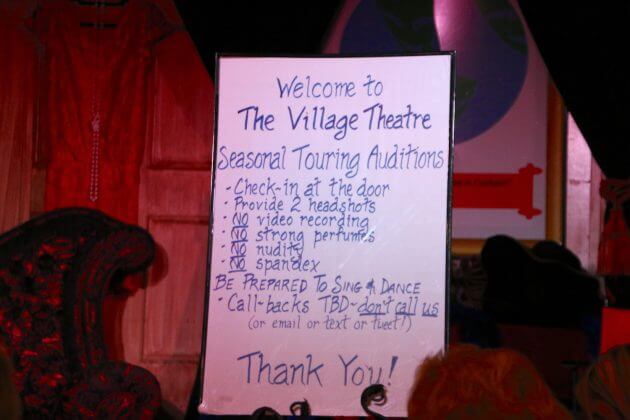 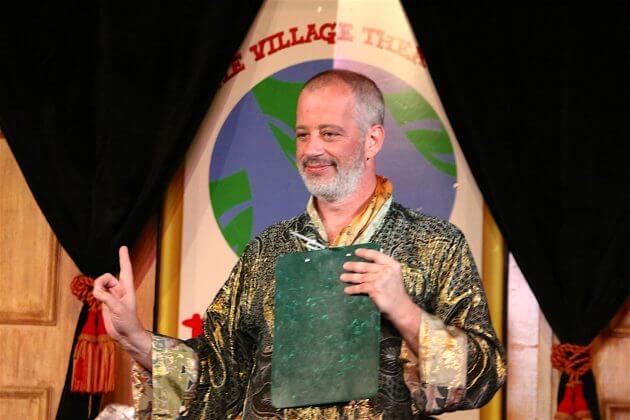 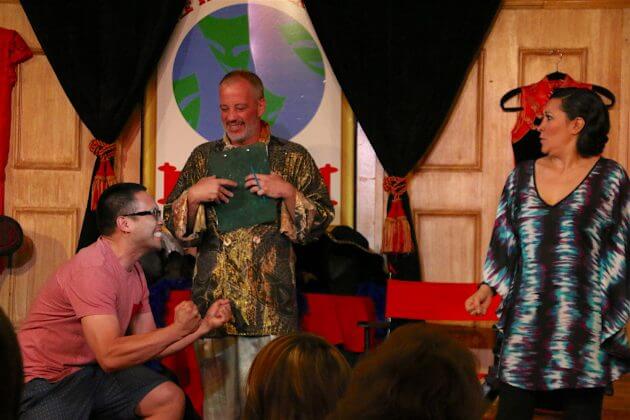 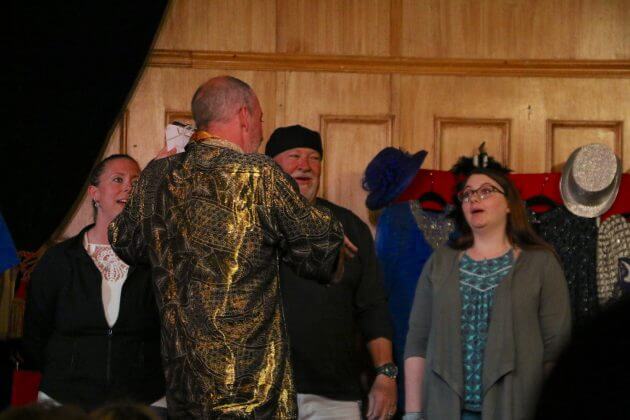 Don’t expect speedy entrees after the salad though. It takes quite a while to push through the somewhat bloated first act before meals arrive. There’s a lot of character introduction and simple audience participation to get people to start to join in the show, rather than just stare blankly at it. It takes a while to win over everyone in the room, but it does happen eventually. 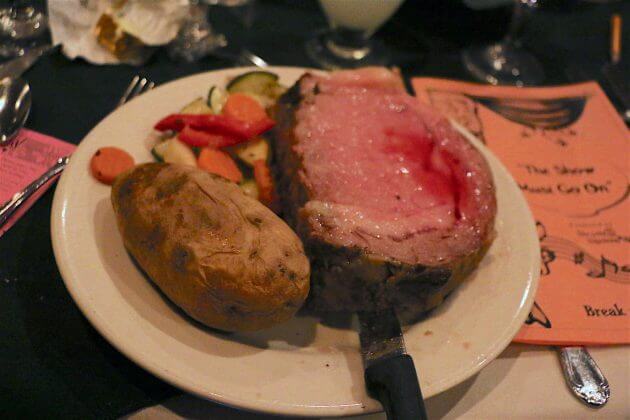 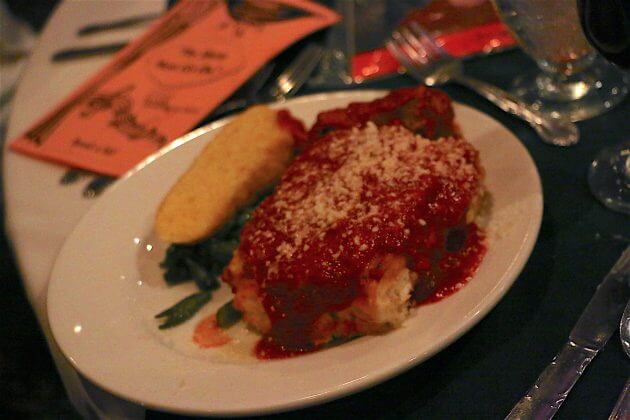 A few more character introductions and silly situations later and the show starts feeling a little long and the jokes grow thin. Clocking in at around 2.5 hours total, it’s about an hour too long. But that’s not the fault of the performers, who try their hardest to keep the energy up and the fun flowing – even as the audience slips into a food coma. 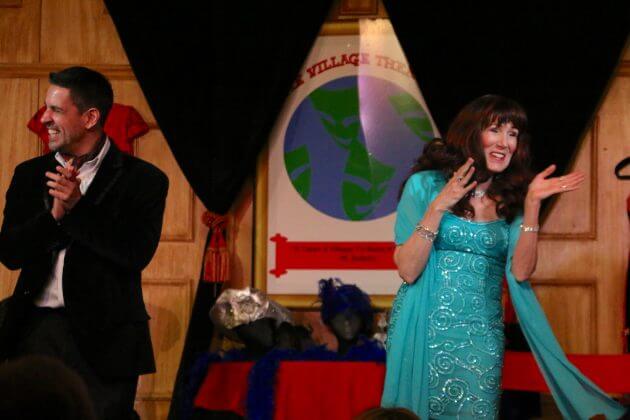 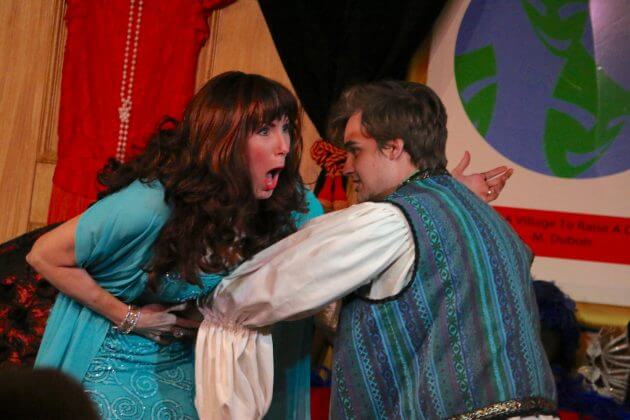 Dessert eventually arrives (sugar overload!) and those who have been drinking heavily are the most vocal in the room as the microphone is passed around to offer everyone a chance to hear themselves talk. It’s a painfully long process to let every table ask a question to try to figure out the murderer, but it does result in some of the evening’s best laughs, especially as the players begin to break character themselves because they just can’t help it.

In the end, whodunnit really does not matter at all. It’s the experience that counts. Those looking for something different to do in Orlando may find the simple humor and decent food of Sleuths as an adequate way to fill an evening.

Disclosure: Sleuths invited and hosted ITM to review one of their recent shows for this article.