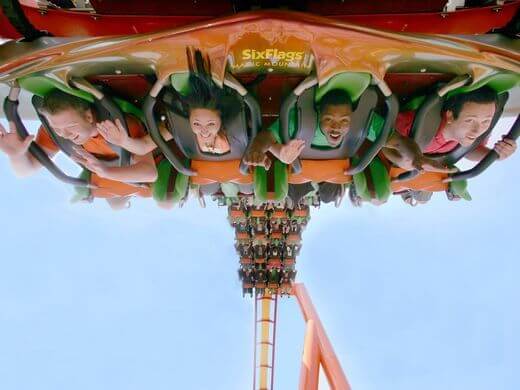 Starting in 2018, California theme park lovers will be able to visit Six Flags Magic Mountain every day of the year.

The park announced they’re switching to a 365-day operating schedule beginning January 1, 2018, joining other year-round California attractions like Disneyland and Universal Studios. Bonnie Weber, the park’s president, says the expanded schedule reflects their desire to attract some of the 47 million tourists who visit the area. Previously, the park would close on weekdays during the school year, only operating on weekends and holidays.

Six Flags Magic Mountain opened in 1971 and hosts 19 roller coasters, which is more than any other park in the world. In preparation for the expanded schedule, the park has been adding new themed zones like the Screampunk District and Metropolis, a DC Comics-themed land that opened this year. Metropolis is home to the recently-opened 4D interactive Justice League attraction. To plan your visit to Six Flags Magic Mountain, head over to their website.