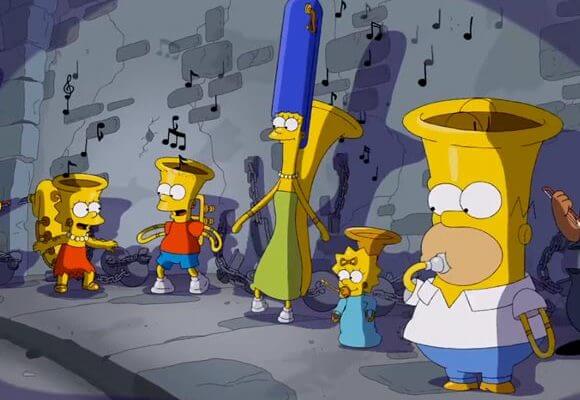 After almost three decades on the air, “The Simpsons” has become known for many things– including uproarious comedy, sharp social satire, and memorable music. Since the second season of the show, that music has been written and conducted by composer Alf Clausen, who got his start in Hollywood in the early 1970s.

Today in an exclusive story in the pages of entertainment trade publication Variety, Clausen revealed that he has been fired from “The Simpsons” by current showrunner and producer Richard Sakai, citing the need for “a different kind of music” in upcoming seasons of the long-running animated hit.

Over the course of 567 episodes, Alf Clausen has proved his versatility time and again by adapting to changes in the series, and by mimicking countless other composers in specific spoofs and parodies on the show, such as specific tributes to Alfred Hitchcock films and “Hill Street Blues.” Prior to 1990, Clausen also served as composer for television series and movies like “Moonlighting,” “ALF,” “The Naked Gun,”and “Ferris Bueller’s Day Off.” He has won two primetime Emmy awards for his work on “The Simpsons.”

Notably, Clausen did not provide the musical accompaniment for “The Simpsons Movie” (which was scored by Oscar-winner Hans Zimmer) in 2007 or The Simpsons Ride (composed by Zimmer’s former assistant James Dooley), which opened at Universal Studios Hollywood and Florida in 2008. Selections of Clausen’s music do play in the Springfield area at both parks, however. It is unknown at this time who will replace Alf Clausen as musical composer on “The Simpsons,” but Variety’s story hints at speculation about cost-cutting measures on owner 20th Century FOX’s part, perhaps reducing the expenses of utilizing a 35-piece orchestra to record the score each week.

Whatever the case, “The Simpsons” will certainly be a different show without Alf Clausen.

Producers of “The Simpsons” released a statement regarding Clausen and his potential future with the show.

“We tremendously value Alf Clausen’s contributions to the Simpsons and he will continue to have an ongoing role in the show. We remain committed to the finest in music for the Simpsons, absolutely including orchestral,” the statement said. “This is the part where we would make a joke but neither Alf’s work nor the music of the Simpsons is treated as anything but seriously by us.”