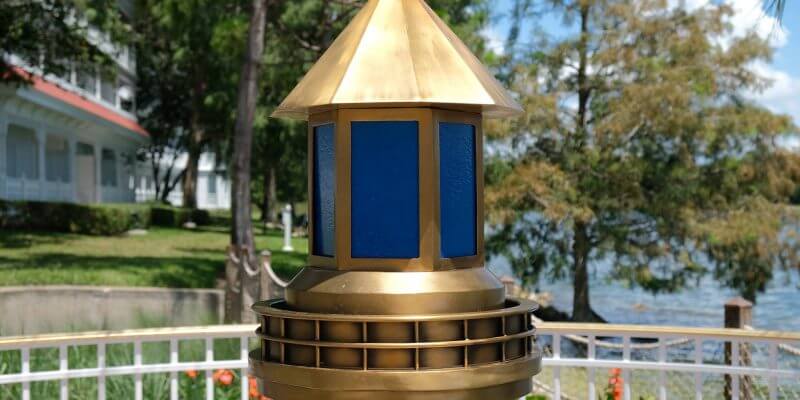 A statue was erected in memory of Lane Graves, the toddler who was killed last year by an alligator at Disney’s Grand Floridian Resort & Spa.

The statue was designed as a lighthouse to symbolize the Lane Thomas Foundation, which was started by the Graves family to commemorate their son’s life. The lighthouse symbol is also meant to Signify a “beacon of hope” for families in crisis. The statue was placed on the shore of the Seven Seas Lagoon, where the tragedy occurred on June 14, 2016. The plaque reads: “Presented by The Lane Thomas Foundation. A Beacon of Hope. A Light of Love.” “The lighthouse sculpture has been installed to help spread awareness of the Lane Thomas Foundation, which was established to provide assistance and support to families whose children need organ transplants,” a statement from Disney read.

The tragedy happened when Lane was scooping sand on the beach and an alligator crawled out of the water and attacked him. Since the attack, Disney has added signs warning guests of reptiles by their bodies of water. The resort also constructed a barrier along the edge of the lagoon.